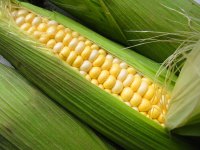 New data from the Department of Agriculture shows that, as world demand for food continues to be relatively high, price increases will moderate or even fall. This is in contrast to several years of sharp increases in the cost of agricultural commodities. Much of the reason for the mitigation is a rise in American crop production. America has become, once again, the bread basket of the world. That should help the world economy and could help feed people who are desperate.

One reason U.S. farmers will help hold food prices down is that in 2012 the level of exports of agricultural commodities will be at their second highest level ever, the Agriculture Department reported. There have been problems with supply in a number of the world’s largest nations because of drought and inclement weather. The weather in the U.S. has been relatively good for crop productions over the past year.

While the USDA expects demand for food crops to be strong again this year, “planted acres” in the U.S. will increase 4.2% from last year. Wheat and corn production will increase very substantially. This, in turn, should cause a drop in prices, in a range of 14% to 19% in the price of those two commodities. And, this likely will cause a reversal in food price inflation that began in early 2010.

While the drop in prices and increases in supply will help curb inflation in large countries, particularly China, the most important effect will be in the third world. A recent survey in India, Nigeria, Pakistan, Peru and Bangladesh conducted by charity Save the Children showed more than 30% of parents said their children did not have enough to eat. The primary cause, they said, was food prices.

It is not possible to say whether the increase in U.S. crop production will help those in third world nations, or when. Money may not be available to acquire the food. Charities, and perhaps the American government, will carry part of the burden of distribution. What can be said is that, without an increase in U.S. production, more affordable food would not be available under any circumstances.