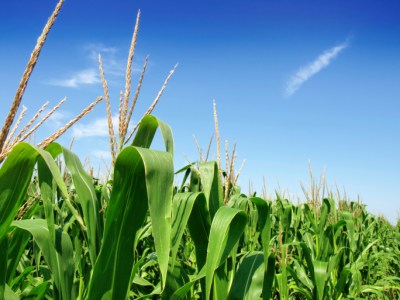 Source: Thinkstock
Credit Suisse released its report on global agricultural sciences, in which it details its outlook for agriculture for 2015. The brokerage firm also included its top stock picks in this field. The analyst on call for the report was Chris Parkinson.

The key themes that Credit Suisse sees for agriculture in 2015 are: minimal risks to corn prices with an expected upside; risk to soy prices to the downside; seed and biotech growth expected to exceed crop protection; and nitrogen expected to outperform potash. There is also expected to be an increased focus on capital allocation priorities. For the first time in roughly five years, agricultural growth in India is expected to become a real theme again. Finally, U.S. companies are expecting a headwind from a strong U.S. dollar while they are trying to reduce costs for non-dollar denominated producers.

24/7 Wall St has included the three stocks listed in the Global Agriculture Outlook report by Credit Suisse. We have also included some color, with current share prices, the consensus price target and the 52-week trading range.

CF Industries Holdings Inc. (NYSE: CF) was rated as Outperform with a target price of $330, up from $315. Credit Suisse expects a weak fourth quarter despite pricing improvements in Urea and UAN, as these prices bounced off their respective bottoms and have improved sequentially from December to January. However, the firm is cautious on U.S. ammonia prices in the near-term due to the deterioration of Black Sea pricing, but the weakness is believed to be short-lived. Earnings per share estimates for 2014 are raised to $19.30 from $19.21 and for 2015 to $23.90 from $22.13. It is worth noting that CF has hedged roughly 90% of its natural gas needs between $3.41 per million BTUs to $4.25 per million BTUs through March, implying the recent pullback will only be a minor tailwind. Shares were traded at $98.31 Wednesday. The stock has a consensus analyst price target of $107.03 and a 52-week trading range of $82.02 to $103.93.

Agrium Inc. (NYSE: AGU) received a rating of Outperform with a price target of $110. The company’s fourth-quarter estimates are reduced due to a lackluster fall application season, which affected both the Wholesale and Retail segments. Earnings per share for the fourth quarter are reduced to $0.55 from $0.61. Depending on crop distributions, most volumes should “catch-up” during the first half of 2015, nitrogen in particular. Credit Suisse expects that 2015 will fare much better than the previous year. Shares traded at $98.45, against a consensus price target of $107.03 and a 52-week trading range of $82.02 to $103.93.

Rentech Nitrogen Partners L.P. (NYSE: RNF) was rated as Neutral and its price target was lowered to $16 from $20. Overall, the firm believes that Rentech will return to its fundamentals following the write-downs at Pasadena and lower prices for its main products, compared to the previous year. Ammonia prices are expected to fall from their peak and stability in pricing can help the company better manage its inputs at Pasadena while realizing strong pricing in the Corn Belt. Earnings per share estimates were lowered for 2014 and 2015 to $0.84 and $1.43 from $1.10 and $1.70, respectively. Shares traded at $11.13. The consensus analyst price target is $15.46, and the 52-week trading range is $8.75 to $21.52.