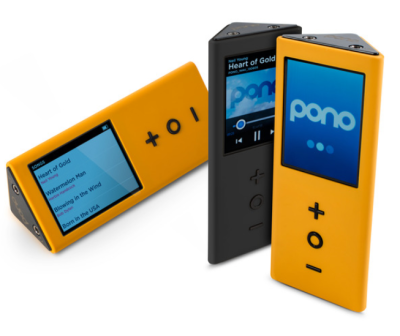 Source: PonoMusic
The world of music seems to be always changing, but what many consumers have not heard of in a while is the launch of yet another portable music player. Legendary musician Neil Young is wanting to change that, and his obvious target is Apple Inc. (NASDAQ: AAPL) with its iPod and iTunes dominance.

Neil Young has raised more than $1 million in his Kickstarter campaign for Pono Music. He was seeking $800,000 and has received $1.76 million – with 33 days to go – as of Wednesday afternoon. Pono means “Righteous” in Hawaiian.

“What righteous means to our founder Neil Young is honoring the artist’s intention, and the soul of music. That’s why he’s been on a quest, for a few years now, to revive the magic that has been squeezed out of digital music. In the process of making music more convenient – easier to download, and more portable – we have sacrificed the emotional impact that only higher quality music can deliver. However, the world has changed in the last 10 years – technology has solved some of the underlying problems that forced that tradeoff. You no longer have to choose between quality and convenience when listening to music – you can have both.”

Neil Young has been featuring his new player around the SXSW event, where Apple has been present as well. What the Pono Music company is aiming to do is to use the master recordings from musicians. Effectively, it is high-resolution music and the number of songs that can be held varies as follows:

High-resolution digital albums for download at Ponomusic.com are expected to cost between $14.99 and $24.99, but the company says that there may be exceptions.

Reports have been out this week that Apple wants to sign up more and more exclusive deals with artists. iTunes gets close to 80% of all digital music sales now, so even with a market that has started to decline there are huge opportunities for niche players.

Can Pono unseat iTunes? Our guess is that mainstream music listeners will go for the choice of the masses, particularly when it boils down to price. That doesn’t mean that an established musician cannot carve out a niche for higher-end listeners who are willing to pay up for quality.