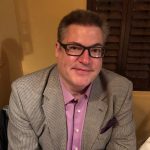 Jon C. Ogg co-founded 24/7 Wall St. in 2006 and is chairman of the board. He has authored thousands of articles on investing, the economy, personal finance, and money matters. He provides live news analysis of the stock market and bond market, and also covers the economy, personal finance, corporate finance, private companies, and non-traditional assets and alternative asset classes.

Ogg has appeared as a guest multiple times on CNBC and also on NPR. In addition to 24/7 Wall St., his work has been published on websites such as Investopedia, Yahoo Finance, MSN, AOL, Business Insider, USA Today, MarketWatch and Fox Business. His pieces have also been quoted in Barron's, Bloomberg, Forbes, RealClearMarkets, the BBC and in local newspaper and media websites, as well as on specialized websites dedicated to specific aspects of investing, business and the economy.

Prior to 24/7 Wall St. Ogg founded the TradeTheNews squawk box service, delivering breaking news and analysis to hedge funds, day traders and other active traders; he sold that service in 2003. He has also held roles as a licensed broker in stocks and bonds; acted as an independent news analyst for brokers and traders; been an investment advisor; raised seed capital; and served as an expert witness on valuations in a lawsuit between brokerage firms.

He lives in the Texas Hill Country with his wife and children and has worked in Houston, Chicago, New York City and in Copenhagen, Denmark. Jon Ogg received a bachelor of business administration in finance at the University of Houston in 1992.

He can be found by @Jonogg on Twitter and 'Jon Ogg' on LinkedIn.

Rising Consumer Sentiment in December Not Dominated by COVID-19

While much of the national attention is still focused on the coronavirus, consumer sentiment was not. It really boils down to politics.
Jon C. Ogg
1 year ago

Is the Good News for Malls and Retail Already Priced In as 2020 Nears?

After more than just a challenging 2020, many people are looking forward to 2021 being a better year. The election will be over, the COVID-19 vaccine is expected to be widespread, unemployment is...
Jon C. Ogg
1 year ago
Last Updated: 1 year ago

There are some mergers which obviously need to be blocked. After all, if a company becomes a monopoly or can become far more predatory in an industry then it can cause problems for other businesses...
Jon C. Ogg
1 year ago

Companies Are Drowning in Cash, and in Debt

New Warning Suggests More Weakness Ahead for Jobs This Winter

The major recovery in the jobs market has started to show fatigue as 2020 comes to an end.
Jon C. Ogg
1 year ago

The reality of 2020 is that good and bad economic numbers just do not matter. That will not last forever, but right now that is the case.
Jon C. Ogg
1 year ago

Some investors will keep questioning and second-guessing whether the oil and gas giants will be able to keep paying out those ridiculously high dividends in the future.
Jon C. Ogg
1 year ago