What to Look For in Apple Earnings 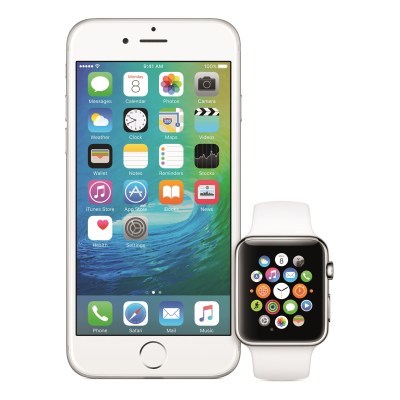 Source: courtesy of Apple Inc.
Perhaps the most anticipated earnings report this season, Apple Inc. (NASDAQ: AAPL) is set to report its fiscal fourth-quarter after the markets close on Tuesday. The consensus estimates from Thomson Reuters call for $1.88 in earnings per share (EPS) on $51.12 billion in revenue. In the same period of the previous year, Apple posted EPS of $1.42 and $42.12 billion in revenue.

This smartphone giant is poised to close out its fiscal 2015. Despite having a rocky past few months, Apple is continuing to grow its iPhone sales, and with the holidays right around the corner, investor expectations are running high. A recent report from Canaccord Genuity reiterated a Buy rating with a $160 price target, implying upside of roughly 35% from current prices.

Overall, based on its survey work and analysis, the firm believes Apple is maintaining strong share of the premium tier smartphone market, which will allow it to continue to post strong sales.

Apple is among the most rapidly growing large multinational companies in the world due to a string of product successes that began over a decade ago and include the iPod, iPhone and iPad. Apple has married these with huge content operations such as iTunes and the App Store. Apple is the largest company in the world based on its market cap of about $660 billion. Last year, Apple reported revenue of $182.7 billion and earnings of nearly $40 billion. Last quarter alone, Apple sold 47.5 million iPhones, 10.9 million iPads and 4.8 million Macs.

Management has made it clear that for Apple to grow it has to have impressive sales in China, the largest wireless market in the world. The company included China in the launch last month of its iPhone 6s and 6s Plus, and that boosted first weekend sales to a total of 13 million for the new phones.

Ahead of these highly anticipated earnings, a few analysts weighed in on Apple:

ALSO READ: The 6 Most Shorted Nasdaq Stocks: Apple Still on the Rise