The 6 Most Shorted Nasdaq Stocks: Apple Still on the Rise 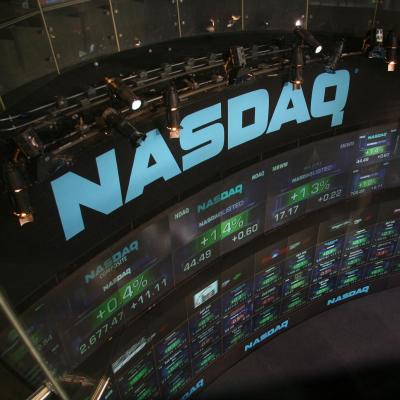 Source: Wikimedia Commons (bfishadow)
Between the September 30 and October 15 settlement dates, Apple displaced BlackBerry as it continued to climb the list of the most heavily shorted stocks traded on the Nasdaq. However, that may have had more to do with the more than 11% drop in the number of BlackBerry shares short in the period. Otherwise, short interest changes were mild among these stocks.

Note that the five most shorted Nasdaq stocks all had more than 115,000 shares short by the middle of the month.

After slipping more than 2% in the previous period, the short interest in Frontier Communications Corp. (NASDAQ: FTR) reclaimed much of that loss to come in at more than 170.93 million shares, or 14.7% of the telecom’s float, by mid-October. The days to cover rose to more than 11 as the average daily volume continued to dwindle. Frontier is a Merrill Lynch pick with a generous yield, and shares ended the short interest period nearly 12% higher. That compared to a less than 6% gain for the Nasdaq. The share price still is down more than 19% year to date. The stock closed Monday at $5.38, within a 52-week trading range of $4.19 to $8.46.

Reclaiming most of a 2% decline in the previous period, the number of Sirius XM Holdings Inc. (NASDAQ: SIRI) shares short swelled to more than 155.07 million in the first weeks of the month. That was 7.1% of the total float. At the current average daily volume, it would take less than six days to cover all short positions. At least one analyst sees big upside in Sirius. Its share price ended the two-week period more than 4% higher, and it has continued to climb since. Shares ended Monday at $4.08, just a couple of cents shy of the recent 52-week high. The 52-week low of $3.27 was from last December.

By the middle of the month, Advanced Micro Devices Inc. (NASDAQ: AMD) had more than 129.74 million shares short, which was down from 133.64 million on the prior settlement date. The most recent reading totaled 20.5% of the company’s float. The days to cover slipped to more than 13 as the average daily volume rebounded from a year-to-date low. AMD offered a convoluted earnings report at the end of the short interest period. The share price finished the two weeks up about 12%, though at one point it was up more than 17%. The stock closed most recently at $2.15, and the 52-week range is $1.61 to $3.37.