Flint was once a major industrial city and the birthplace of GM, then went into receivership — the equivalent of municipal bankruptcy–in 2002. The city had almost 200,000 residents in 1960 and has fewer than 100,000 today. The downfall of Flint can be described in a sentence.  In 1960, GM employed 80,000 people in Flint and it employs fewer than 8,000 today. Flint was the headquarters of GM’s Buick division for years, but these operations were moved to Detroit in 1998.

The city was once the “insurance capital of the world.” In 1950, the city’s population peaked at more than 177,000 and has dropped to 124,000 recently. Hartford was, beyond being an insurance center, also home to a number of manufacturing and publishing businesses. Hartford lost some of its insurance firms as they moved to new locations, primarily because of consolidation in this sector.  Five large financial firms have downsized their workforces. These include Met Life, Cigna, Lincoln Financial, Mass Mutual, and, perhaps most depressing of all,  The Hartford.

Cleveland became a major port and land transportation hub, due to its central location on Lake Erie. A number of the largest rubber companies in the world and other manufactures for the car and steel industry were also located near or in the city. Cleveland had 914,000 residents in 1950. The figure is below 480,000 today. A number of the large manufacturing operations have left the region or downsized based on the transfer of  the steel, rubber, and car industries elsewhere, particularly to Japan. 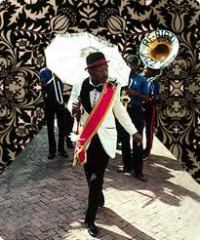 The location of New Orleans at the mouth of the Mississippi made it one of the most important ports in America for more than 200 years. Oddly enough, New Orleans remains a massive port, but a number of the jobs which were once performed by laborers are now automated. A great deal of the commercial traffic which once moved by river is now transported more efficiently by truck, rail, and air. The city had also been a financial capital of the south because of the cotton and river trade. Faster growing southern cities like Atlanta became more important financial centers as their populations grew. One of the industries that began to offset the faltering trade and financial sectors was tourism which rose throughout the second half of the last century. But the city suffered from its location, part of it below sea level, and several hurricanes that hit the city, particularly Hurricane Betsy in 1965. In August 2005, Hurricane Katrina dealt the city a nearly fatal blow. In the year after that, the population dropped to just above 250,000, down from 627,000 in 1960. The BP oil crisis has already begun to damage what might have been a nascent recovery, post Katrina. 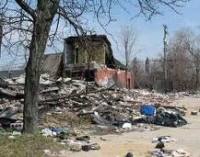 The Motor City was the fifth largest city in America with a population of almost 1.9 million in 1950. The number of residents increased sharply from the 1920s when Henry Ford created the assembly line and set a wage of $5 a day. Workers streamed in from the deep South and other parts of the Midwest. The huge car companies became defense contractors during WWII. The auto industry grew abundantly after the war as the American middle class was created by an expanding economy built on the US’s ability to take its vast natural resources and turn them into finished products. During the 1960s, American car companies had nearly 90% of the domestic market, and GM had 50% to itself. Detroit’s demise began with the rise of Japanese imports in the 1970s. The Arab oil embargo increased the appetite of US consumers for high-mileage cars. The Big Three (Big Four before American Motors was bought by Chrysler) built products that were acceptable to consumers until they saw higher quality Japanese cars which began to flood the markets in great numbers in the 1980s. Detroit’s car manufacturing base was nearly destroyed, symbolized by the Chapter 11 filings of GM and Chrysler.

The Housing Market Is About to Be Hammered

New Stimulus Check From California Coming Next Month: Check If You Qualify And...