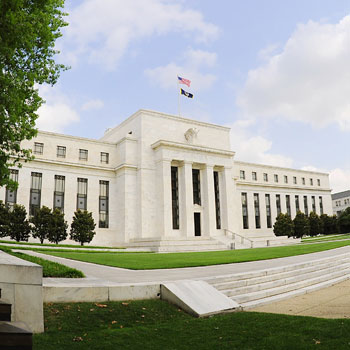 The head of the Dallas Fed and a regular opponent of the central bank’s plans, Richard Fisher, took issue with a number of the Federal Reserve’s recent decisions.

He did concede a few points to his fellow governors, the most important of which is that inflation is tame.

Fisher’s most sobering comments pertained to the fact that low interest rates, even those produced by QE2, will not be enough for American companies to add workers or increase  investment in US plants and equipment. The returns from moving business overseas are simply too great.

“Far too few of the large companies I talk to report interest in hiring American workers or committing to large-scale CAPEX (capital expenditures) in the United States; they believe their potential for return on investment (ROI) is greater elsewhere.”

If Fisher’s observation is true, QE2 is largely a waste of time.

The next of Fisher’s observations is that large American companies can raise nearly infinite amounts of money, but that money will remain on their balance sheets to be distributed to shareholders or moved overseas.

“It concerns me that liquidity is omnipresent on bank and corporate balance sheets, and yet it is not being used to hire American workers.”

“Even with the low rates that already prevail, businesses lack confidence that they will earn a superior ROI by investing so as to expand their domestic workforce, in comparison to what they might earn from alternative investments abroad or by buying in their stock or cleaning up their balance sheets.”

And, at the margin, it is the low income American’s who are likely to suffer from Fed policy.

“A not insignificant portion of what we import, in addition to oil that feeds into gasoline prices, is used to clothe and support lower-income earners, the very people suffering from unemployment or job insecurity whom we are endeavoring to help. When faced with a further squeeze on their margins that comes with higher import prices, the Wal-Marts, Dollar Generals, Costcos and other stores where the most impacted people buy necessities will likely react by driving productivity even harder, which, translated, means selling more while employing fewer workers.”

“Liquidity and abundant money are not the binding constraints on the economic activity we wish to see. The binding constraints are uncertainty about income and future aggregate demand, the disincentives fiscal and regulatory policy impose on ridding decisionmakers of that uncertainty, and the reluctance, given those disincentives, of those who have the power to create jobs for our people to invest in undertakings that would create them.”

In other words, Mr. Bernanke can put away his check book. He cannot print enough money to get American companies to begin to add new workers or invest in America. He can also call the Chinese finance minister and tell him to stop worrying about the US manipulation of the dollar