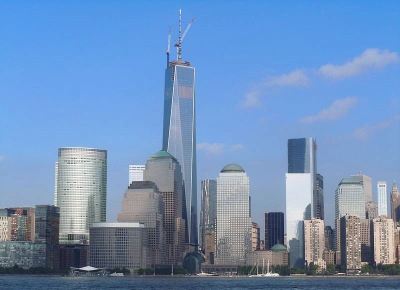 Source: squirrel83, via Wikimedia Commons
The Bureau of Labor Statistics has released its data on unemployment by city for January. In general, the news was very good. Jobless rates were lower in 367 of the 372 metropolitan areas (MSAs) when compared to January 2013, higher in three areas and unchanged in two others. In 30 cities, however, unemployment remained above 10%. The hardest hit of these continue to be in the regions most badly damaged by the recession, particularly parts of California.

The cities with the highest unemployment were:

A number of other cities in the central valley region of California also had unemployment rates above 10%, including Santa Cruz and Redding. Much of this region’s employment is based on an agricultural industry that has been badly damaged.

Among the other cities with unemployment above 10% were several in the industrial Midwest, including Decatur and Rockford, Ill., both at 12.9%. Peoria’s unemployment rate just missed the cut at 9.8%.

At the other end of the spectrum, 41 cities (MSAs) had unemployment below 10%, led by Midland, Texas, at 2.9%. Texas continues to prosper because of the energy boom. Of the 25 MSAs in the state, eight had jobless rates under 5%. This included the state capital, Austin, where the unemployment rate was 4.7%

Not surprisingly, unemployment in several MSAs located within the Plains states was particularly low. Many of these states have extremely low jobless rates.

For the time being, there is no reason to believe that the jobs situations in the hardest hit cities will improve much. They dynamics of their regional economies have recovered too little from the Great Recession.

This Is the Driest City in America

The Is The Worst State For Renters