The Federal Bureau of Investigation began its Ten Most Wanted Fugitives list in 1950, which makes 2020 its 70th anniversary. Over the past seven decades, 523 people have made the list. A total of 490 have been “apprehended or located.”

The origin of the list has its roots in a question from a reporter for the International News Service (the predecessor to United Press International) who asked the bureau for a list of the “toughest guys” the FBI was after. The resulting story caused a great deal of publicity. Then FBI Director J. Edgar Hoover used the widespread coverage as a reason to create the list.

The FBI and police have only accounted for a portion of the apprehensions of the people on the list. A total of 162 have been located or apprehended because of what the FBI calls “citizen cooperation.”

The oldest crime for which someone is on the list dates back to 1985. Each person on the list is charged with at least one murder. Most are charged with multiple crimes. Some of the suspects are listed as “armed and extremely” dangerous.

There is a reward for information that leads to the capture of six of the people on the list. In four cases, the sum is $100,000. In one case, the figure is $200,000. In another case, the reward is not simply for the capture or arrest of suspects. It includes the “arrest and conviction.” The largest award offered is $20 million.

Incidentally, two persons on the list were captured this summer but have not been replaced by someone else.

These are the Ten Most Wanted Fugitives: 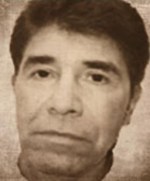 Source: Federal Bureau of Investigation
Rafael Caro-Quintero (Age 68): He is alleged to have been involved in the kidnapping and murder of a Drug Enforcement Administration Special Agent in 1985 in Mexico. The U.S. Department of State’s Narcotics Rewards Program is offering a reward of up to $20 million for information that would lead to the arrest or conviction. He is a member of the Sinaloa Cartel, which is involved in drug trafficking and money laundering. 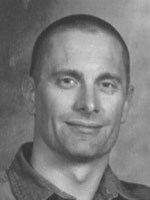 Source: Federal Bureau of Investigation
Robert William Fisher (Age 59): He is wanted for three murders and arson. He is alleged to have killed his wife and two children in Scottsdale, Arizona, in April 2001. He also is alleged to have blown up their house. The FBI poster on him warns that he was carrying several guns and a high-powered rifle, but that is based on information that is now 19 years old. 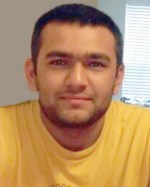 Source: Federal Bureau of Investigation
Bhadreshkumar Chetanbhai Patel (Age 30): He faces a number of charges. These include unlawful flight to avoid prosecution and first- and second-degree murder. Specifically, he is charged with killing his wife while they worked in a donut shop in Hanover, Maryland, on April 12, 2015. The FBI is offering a reward of up to $100,000 for information that leads to his arrest. 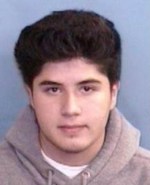 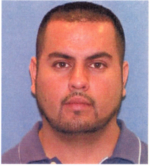 Source: FBI
Arnoldo Jimenez (Age 38): He is charged with first-degree murder and unlawful flight to avoid prosecution. He may have left the United States for Durango, Mexico. He is charged specifically with murdering his wife on May 12, 2012, the day after their wedding. The crime took place in his black, four-door 2006 Maserati. Her body was left in her apartment in Burbank, Illinois. The FBI has offered a reward of $100,000 for information leading to his capture. 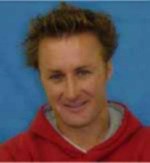 Source: FBI
Jason Derek Brown (Age 50): He is charged with first-degree murder and armed robbery. In November 2004, Brown allegedly killed an armored car guard and fled with the money. The crime occurred outside a movie theater in Phoenix, Arizona. Brown speaks fluent French, was a member of the Church of Jesus Christ of Latter-Day Saints and is considered armed and dangerous. There is a $200,000 reward for information leading directly to his arrest. 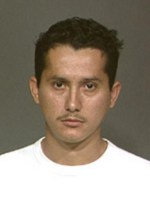 Source: FBI
Alexis Flores (Age 40): Wanted for first-degree murder, kidnapping and unlawful flight to avoid prosecution, he is alleged to have been involved in the kidnapping and murder of a five-year-old girl in Philadelphia. She disappeared in July 2002 and her body was found the following month. The FBI says he should be considered armed and extremely dangerous. 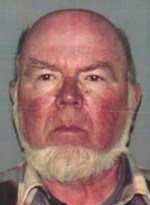 Source: FBI
Eugene Palmer (Age 71): Charged with murder, he allegedly shot and killed his daughter-in-law on September 24, 2012, in Stony Point, New York. Palmer is listed as an expert hunter and outdoorsman, as well as a car enthusiast. There is a $100,000 reward for information leading to his arrest and conviction. 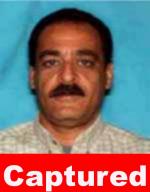 Source: FBI
Yaser Abdel Said (Age 63): He was captured on August 26. He allegedly killed two teenage girls, who had multiple gunshot wounds, on January 1, 2008, in Irving, Texas. He sometimes disguises himself. The FBI reports that he often eats at Denny’s and IHOP restaurants and smokes Marlboro Lights 100 cigarettes. The bureau also reports that he regularly carries a gun. 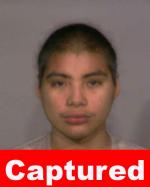 Source: FBI
Santiago Villalba Mederos (Age 29): He was captured on June 5 of this year in Tenancingo, Mexico, but has not yet been replaced on the list. He is charged with first- and second-degree murder. These took place in Tacoma, Washington in February 2010. He fired shots into a “random” car, which killed a 20-year-old girl. He also fired at several bystanders in another incident and killed a 21-year-old man.