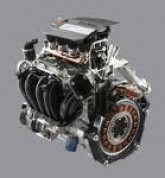 There hasn’t been an official announcement yet, but it seems that Honda Motor Co. (NYSE: HMC) will stop building its gasoline-powered Civic for the domestic Japanese market. The company will also stop making its Legend and Elysion models. A new Civic model will roll off the line in the fall of 2011, including a hybrid version that will be the only Civic available in the Japanese market.

Honda appears to be serious about going green. The company also plans to restart construction of a factory it stopped building in 2008. The company halted construction of the plant, which would have been in production this year, due to the economic slowdown. As if to underscore the upbeat demand for cars, Toyota Motor Co. (NYSE: TM) has announced that it will build a new plant in Brazil.

Honda’s original plan for its new plant was to build clean-diesel and other types of small green cars. That has now changed to a focus on hybrid systems that will improve fuel economy in the company’s larger vehicles, such as the Civic. The company has not yet specified which models it will build at the new plant, which is expected to be in operation by 2013.

Toyota’s plan for its new Brazilian plant is to build a compact car specifically for the Brazilian market. The new car will share the design that Toyota is working on for its new Etios compact which the company plans to launch in India later this year. The company also plans to build the Etios for other emerging markets (read “China”), which have continued to expand as the global economy slowly recovers.

Honda’s decision to boost its investment in hybrid development suggests that this is where the company believes it can build a car at a price point that will attract a significant number of buyers. All electric vehicles, such as the roadster and sedan that come from Tesla Motors Inc. (NASDAQ: TSLA), require large and expensive battery packs that hybrids avoid. The overall improvement in fuel economy and CO2 emissions available in hybrids is far cheaper per dollar than the gains from electric vehicles.

Selling hybrid cars into emerging markets also eliminates the need for costly recharging stations because the hybrids generate their own electricity from their regenerative braking systems. Avoiding the costly infrastructure necessary for plug-in hybrids and all-electric vehicles should make the hybrids more attractive to emerging market consumers.

The hybrids should also remain popular in the US market, which now accounts for about 61% of global hybrid sales. As costs for the battery packs fall, it is a fair assumption that sales will continue to be strong as the payback period on a buyer’s original investment shortens from about eight years to three or four.

Honda is making a gutsy choice in dumping its gasoline-powered Civic for its home market. If the move pans out, US buyers may also see the day, sooner rather than later, when only a hybrid Civic is available.