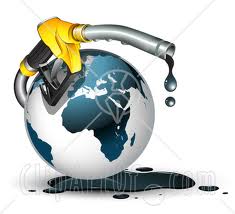 Gas prices often rise  in August as Americans take to the road. The prices sometimes peak on Labor Day. The three-day weekend is the last chance to vacation for the summer.

But the rise in prices has not materialized. Price per gallon in the US fell sharply last week, down $.073 from two weeks earlier. The average cost of a gallon of gasoline plunged to $2.6979, according to the Lundberg Survey. Part of the reason may be that drivers are still worried about their finances. It also may be due to an increase in refining activity. Either way, with the slackening demand that is likely to happen in the fall and summer driving disappears, prices could go even lower.

This drop will likely fuel more concerns about deflation. Gas usage is so large a part of consumer spending that the government often backs it out when looking at total monthly numbers.

But, backing the number out does not make it any less significant. The cost for the average American to live day-to-say appears to continue to drop. Fed monetary policy is likely to keep downward pressure on the prices of most goods and services. That helps make the case for deflation more powerful.

The good luck for American consumers is that they are not making much more money this year than the did last, so a very slow increase in the cost of living means that belt-tightening will not have to be severe for the balance of 2011 as it was the last two years.

The other cause for the drop in gas prices is not so encouraging. People who are out of work do not drive as much.  Some people who have been out of work for extended periods may not drive at all–they may not even have cars. The price of gasoline may continue to drop throughout the year, but the causes are not entirely positive.