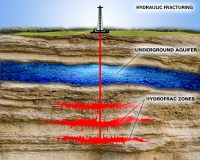 The US Energy Department’s Energy Information Administration has released its latest global projections and the headline numbers are not terribly surprising. The agency expects energy use to rise by 53% by 2035 and that the two most populous countries in the world, China and India, will account for 31% of all energy consumption by then. China alone will consume 68% more energy than the US by 2035.

The International Energy Outlook 2011 projects that the developed countries of the OECD will account for 18% of the demand for more energy by 2035. The developing world will consume the rest. The EIA’s annual Outlook is based on a reference case that does not include the effects of political prospective legislation or policies that could affect energy markets.

At current pump prices for gasoline, US drivers are already paying the equivalent of $109/barrel, the price for Brent crude. The $85/barrel price for US-produced WTI is an essentially meaningless number anymore. For the EIA to continue to use the WTI price as its benchmark creates a distorted view of the crude oil market as it is now and as it will become over the next several years.

The fastest growing fuel source will be renewable energy, which the agency expects to grow at an annual rate of 2.8% and supply 15% of total demand in 2035. Fossil fuels will supply 78% of demand in 2035. Demand for liquid fuels for transportation grows by 1.4% annually and accounts for 82% of total projected growth in liquid fuel consumption. Electric cars don’t figure in much here.

Among renewables, hydropower and wind are projected to increase the most by 2035. Hydropower development will increase in the developing world, but in the richer countries wind is expected to carry more of the load. That’s because most developed countries have already just about dammed up every river they’ve got.

Natural gas is the world’s fastest-growing fossil fuel, and consumption is expected to grow at an average rate of 1.6%, but by 2.2% annually in developing countries. That provides some quantities of natural gas for export to developed countries. Global consumption of natural gas is expected to grow from 110.7 trillion cubic feet in 2008 to 168.7 trillion cubic feet in 2035, a jump of nearly 53%.