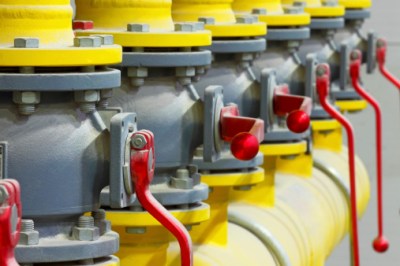 Source: Thinkstock
A fresh report from Abhiram Rajendran, the analyst covering master limited partnerships (MLPs) for Credit Suisse, basically signals that it is time to buy into LINN Energy LLC (NASDAQ: LINE) and LINN Co. LLC (NASDAQ: LNCO). The firm has reinstated coverage of both entities with Outperform ratings. This report comes at an interesting time, considering that Linn Energy has recovered about three-quarters of the losses from mid-2013 when the price fell to $23 from close to $34.

LINN Energy LLC (NASDAQ: LINE) was given a $35 price target ahead of what Rajendran said would likely be an eventual resumption in its distribution growth. He believes that LINN is taking the right steps toward resuming distribution growth and also that the entity is moving past the challenges of last year. The timeframe for a distribution is not 2014 nor 2015, but in 2016.

That same payout growth trend is being supported by recent transactions setting it on the path to eventually grow distributions. Also, further accretive M&A dependent on upcoming divestitures could speed this up.

Rajendran sees a solid total return outlook over the next 12 months over 20%, warranting an Outperform rating. This includes an assumption of $1.25 billion in merger and acquisition activity in early 2015. Other catalysts are further color on distribution growth timing/coverage policy and further color on reduced capital intensity and greater efficiency.

LINN Co LLC (NASDAQ: LNCO) was given a $34 price target as the favorable look for LINN Energy supports LINN Co. Rajendran said, “We believe LNCO has potential significant value as a currency through which LINN can carry out further acquisitions, particularly of other upstream C-Corps or assets embedded in C-Corps.”

The target for LINN Co. is slightly lower than for LINN Energy, based on an assumption of a modest cash tax burden beyond 2018. One catalyst is an extension of the tax shield beyond 2018.

LINN Energy was down $0.11 late on Monday at $31.15. This $35 target represented 12% upside in appreciation, but then there is the distribution rate of 9.4% to consider on top of that. LINN Energy’s consensus price target from analysts is $34.45.