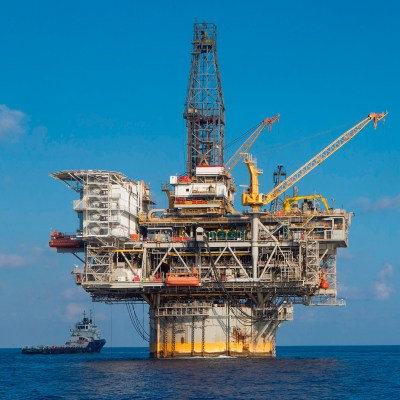 Source: courtesy of BP
Oil supermajor BP PLC (NYSE: BP) said in a press release Tuesday morning that the reduction in the U.S. corporate tax rate from 35% to 21% required the company to review its deferred tax situation. As a result the company expects to take a one-time, non-cash charge of $1.5 billion in the fourth quarter of 2017.

Royal Dutch Shell PLC (NYSE: RDS-A) said last week that it sees a similar charge of up to $2.5 billion when it reports fourth-quarter earnings.

Over the longer term, however, both companies should see gains from the change, although neither one made any comment on that. BP said that it expects future U.S. after-tax earnings “to be positively impacted” by changes to U.S. tax law.

The oil industry is not the only one that will be hit by a reduction in the value of its tax-deferred assets. The financial sector also faces some big one-time penalties. Last week Goldman Sachs Group Inc. (NYSE: GS) estimated a charge of $5 billion in the fourth quarter and Barclays PLC (NYSE: BCS) expects a charge of $1.3 billion.

Once these charges are booked, however, big banks and oil companies have a lot to look forward to. For BP and Shell and other oil producers, the cut to the marginal tax rate is the biggest benefit of the new tax law, but a close second is a change in the way companies can account for capital spending.

Instead of stretching capex out over a period of years, the new tax law allows companies to expense capital spending in the year it occurs. For a capital intensive business like oil exploration and production, this is a huge benefit.

The expected charges are not having a negative impact on BP’s share price in Tuesday’s premarket. Shares traded up 0.2%, at $42.12 in a 52-week range of $33.10 to $42.23. The high was posted Friday when it was already clear that this tax change would have an immediate short-term cost. But the oil business is a long-term game and investors are discounting the short-term cost because the long-term payoff, coupled with rising prices for crude, are expected shortly to provide a profit boost.