The City Where Gas Is Above $3 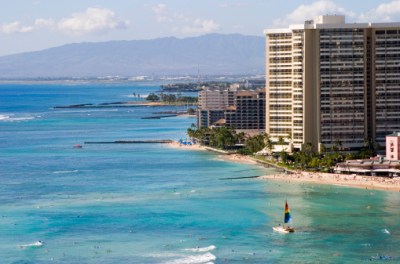 Source: Thinkstock
One major city has an average price for a gallon of regular gasoline above $3. In Honolulu, the price is $3.26, though that is lower than the rest of Hawaii, where the average is $3.41.

To get perspective about the aberration of the price in Hawaii, compare it to the national average, and to cities where prices are well below that. According to GasBuddy, nationwide the average price is $2.11, down from $3.31 a year ago (about the same price as that of Honolulu now). The city where gas is the least expensive is Kansas City, Mo., with an average price of $1.71. Gas costs less than $1.75 a gallon in five major American cities.

While gas prices are bound to continue their drop because of low oil prices, Honolulu will be the exception permanently. The price of crude has fallen below $46, from more than $100 in June. Based on comments from OPEC about keeping supply at current levels and the increase in oil production in the United States, due largely to fracking, global production levels will remain high. Demand may stay low. The World Bank recently cut its forecast for improving global gross domestic product from this year through 2017.

State gas taxes in Hawaii are among the five highest in the country at $0.45 a gallon. At the other end of the spectrum, in oil-rich Alaska, the figure is $0.12, according to the American Petroleum Institute. However, gas taxes are not the only cause of the high price in Honolulu. Oil to be refined in the state has to be shipped to Hawaii from Asia, which is at least 6,000 miles away.

Because of Honolulu’s unique position among U.S. cities, and the challenges the state poses to gas prices, those prices almost certainly will not drop below $3, even if crude continues its rapid dive.

ALSO READ: Why Oil Needs to Fall to $40 Before Supplies Drop