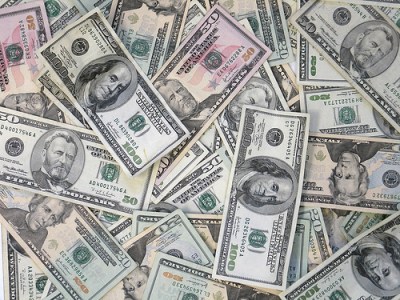 Genzyme Corporation (NASDAQ: GENZ) is getting closer to capitulating to the offer to be acquired by Sanofi-Aventis (NYSE: SNY).  At issue this morning is that Genzyme has agreed to open its books to Sanofi-Aventis.  The two companies entered into a non-disclosure agreement that will keep data on manufacturing, margins, customer lists, and trade secrets out of the public domain.  The real goal seems to be get closer to $80.00 per share.  That may be possible, with some severe caveats.

Sanofi’s first formal offer of $69.00 was made back on August 29, 2010, and the company then took the tender off directly to Genzyme shareholders in early-October after Genzyme’s management team turned the offer down as being too-low and opportunistic.  While some progress has been claimed, the general consensus is that Genzyme has been holding any details too close to the vest to draw a higher bid from Sanofi-Aventis.  While the company was open to higher offers, no other bidders have emerged and the consensus inside the board room at Genzyme has been that $69 does not represent a point to even begin negotiations.

There is still no certainty that a pact will be reached.  There have been discussions about contingency performance payments that could sweeten the merger terms in a contingent value right.  Other potential terms have also been talked about without anything formal coming higher yet.

An agreement to enter a confidentiality pact helps in the thought of a merger.  Genzyme will now allow Sanofi-Aventis to look at its cost structure and pricing, profit margins, supplier and customer pacts, supply contracts, customer orders, enhanced manufacturing plans, financial projections, marketing plans, and strategic alliances.  Sanofi-Aventis has also agreed to a non-solicitation pact for Genzyme employees for at least 12 months for those employees encountered during the evaluation period.

Here is our prediction: a price of $72 will be offered and the final agreement may come to $75.00, with another $5.00 to $10.00 per shares potentially via a contingent value right.  Deals like this are not routine when it comes to large public companies, but they are not without precedent.

Genzyme shares are up 2.5% at $72.87 and the stock hit a new 52-week high of $73.46.  If you go back to 2008 before the bear market came into full swing, Genzyme shares briefly touched $80.00.  Our take is that CEO Henri Termeer wants to deliver every single shareholder a gain as the capstone to his career in building Genzyme into a global biotech giant.

MediciNova Takes a Big Step in the Fight Against COVID-19

Are Analysts Underestimating What Grail Brings for Illumina's Future Growth?

What This Acquisition Adds to Illumina