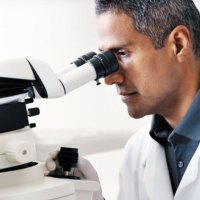 It now costs about $1 billion to get a new drug to market, or, if a company is unlucky, $1 billion to fail to get the drug to market. Like the movie business, a drug company tries to develop that next blockbuster that will pay for those failures. Still, its often cheaper to buy a new drug — witness today’s acquisition of Pharmasset Inc. (NASDAQ: VRUS) by Gilead Sciences Inc. (NASDAQ: GILD) for around $11 billion.

We’ve looked at the price targets for J&J, Pfizer, AstraZeneca, Bristol Meyers, and Merck with an eye toward trying to detect value opportunities. All data from Yahoo! Finance, with current prices gathered about noon today.

Johnson & Johnson (NYSE: JNJ) has a median price target of $72.00 from 13 brokers. The current price is $63.03, for a potential upside of $8.97, or 14.2%. The company pays a dividend yield of 3.6% and its forward P/E is 12.02. J&J’s share price has fallen about -2% since our last look at these companies. The company’s list of missteps and mishaps in the past year or so is long enough to have mortally wounded just about any other company. The company has been found liable for some $750 million in health care fraud claims, it has paid a $70 million fee to settle a foreign bribery case, the factory that makes many of its popular over-the-counter brands has been shut down, and it is being sued for selling a faulty hip-replacement device. Despite all that, J&J continues to make a profit, and its median target price rose from its October level of $70.

Pfizer Inc. (NYSE: PFE) has a median price target of $23.00 from 17 brokers. The current share price is $19.02, for a potential upside of $3.98, or 21%. The company pays a dividend yield of 4.1% and its forward P/E is 8.24. Pfizer announced today that it would pay $60 million in the same foreign bribery investigation that cost J&J $70 million last Spring. The company recently got some good news when UnitedHealth Group Inc. (NYSE: UNH) announced that it would charge a lower co-payment for the Pfizer’s Lipitor than it would for generic equivalents. Pfizer lost patent protection on the drug this month, jeopardizing $10.7 billion in revenue from sales of Lipitor. Trying to buy market share by lowering the price of Lipitor might make up some of the loss, but it’s hard to see all the revenue being replaced this way.

AstraZeneca plc (NYSE: AZN) has a median price target of $52.25 from just 4 brokers. The current share price is $44.05, for a potential upside of $8.20, or 18.6%. The company pays a dividend yield of 3.8% and its forward P/E is 7.03. The company’s Crestor drug competes with Pfizer’s Lipitor, but has patent protection until 2016. Crestor also recently bested Lipitor in a trial at the Cleveland Clinic. While Crestor did better at lowering cholesterol levels, the two drugs performed equally on reducing atherosclerosis and clinical events like strokes and heart attacks. Whether that will be enough to justify the hefty cost premium for Crestor over Lipitor and its generics remains to be seen. Adding to the company’s challenges, an anti-depressant jointly developed by AstraZeneca and Targacept also recently failed a late-stage trial.

Bristol Meyers Squibb Co. (NYSE: BMY) has a median price target of $33.50 from 18 brokers. The current share price is $30.29, for a potential upside of $3.21, or 10.6%. The company pays a dividend yield of 4.3% and its forward P/E ratio is 15.08. A diabetes drug jointly developed by Bristol Meyers and AstraZeneca was denied US FDA approval due to increased cancer risk among those involved in the trial. If the FDA doesn’t reverse itself, the fallout from this decision would also likely hit Pfizer, J&J, and other companies working on a similar diabetes drug. The global market for diabetes treatment will nearly triple, to $114.3 billion in the next five years, so there is a lot at stake here.

Merck & Co. Inc. (NYSE: MRK) has a median price target of $40.25 from 16 brokers. The current share price is $34.11, for a potential upside of $6.14, or 18%. The company pays a dividend yield of 4.3% and its forward P/E is 8.91. Merck received 5 approvals for new drugs in 2011, has hopes for 8 further approvals in 2012 and 2013, and claims to have 19 more in late-stage testing. The company already has the best-selling diabetes drug and it continues to work on more diabetes combination drugs as well. The company is still hampered by claims against it for its Vioxx painkiller, which was found to cause heart attacks.

Big pharma faces some big issues, but chief among those is reining in the development costs for news drugs. The company that appears to have done the best job of that, to date, is Merck. Provided that Merck can steer its new drugs through the approvals process, then those efforts at cost control could pay off nicely for investors.

This Is The Drunkest Country In The World

This Is America's Least Sleep-Deprived City

This Is the US City With the Shortest Life Expectancy