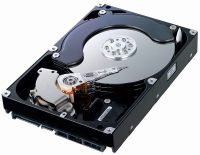 Disk drive maker Western Digital Corp. (NYSE: WDC) said yesterday that production at one of its plants in Thailand has begun one week ahead of schedule. This development could spell bad news for competitor Seagate Technology PLC (NASDAQ: STX) and good news for PC and server makers like Hewlett-Packard Co. (NYSE: HPQ) and Dell, Inc. (NASDAQ: DELL) as well as Asian PC manufacturers Lenovo, Acer, and others. Or maybe not.

The quicker-than-expected re-start doesn’t really do much to change the landscape though. In its release, Western Digital had this to say about industry conditions going forward:

In an interview with All Things Digital last week, Seagate CEO Steve Luczo provided an essentially identical forecast for a return to normalcy in the production of disk drives. The problem, as he sees it, lies in the mix of drives that will be available. According to Luczo,

companies like Western Digital, who don’t have access to the sliders [a critical component in a drive], are shipping one- and two-headed devices so they can ship more units. So instead of shipping a drive that contains two disks and four heads, which is what the market needs right now, they’ll be shipping a one-disk, one-head or one-d[i]sk, two-head product. They’ll be maximizing the units they can sell, rather than shipping the product the customer actually needs.

The customers he is referring to, of course, are the PC makers. Luczo said that drive prices to computer manufacturers would likely rise 20% and that prices to resellers would rise even higher. For HP and Dell, that means either that they raise prices on their products or that they eat the loss.

The 50-60 million unit shortfall in the December quarter will be filled in over the course of 2012, but even when full production returns, Luczo estimates that about 100 million drives will have been lost. Not every one of those drives would have been shipped in a new PC or server, but around 60-70 million would have. That’s a huge hit to the computer makers.