A Huge China Surplus--US Ire And A Troubled Chinese Consumer 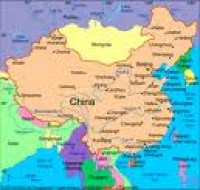 China’s trade surplus hit $28.7 billion for July. The number has not been so high since the depths of the recession eighteen months ago. The General Administration of Customs said that exports moved up 38.1% though imports rose only 22.7%.

The data raises two notions. The first is that the yuan is fairly priced now. The Chinese government has  promised that the currency will float compared to the U.S. Dollar, but it has yet to fulfill that promise. The People’s Republic has argued that global economic trends will prove that the yuan is  fairly priced. Trade data over the last two months have not borne that out.

China faces the unpleasant position that the U.S. Congress will seize the power of trade negotiations from the Treasury Department to force the world’s most populous nation accept more reasonable currency exchange rates or face a possible trade war between the two nations. China has gambled that the Administration will not such an economic calamity, but Congress may decide to risk it ahead of the midterm elections.A trade war is not the only issue with the surplus. The other is the Chinese consumer.  In theory,  consumption by the  middle class will rise toward the levels of the EU and U.S. thereby offsetting the impact of slower consumer spending in those regions on China. The level of China imports says otherwise. Either wages in China have remained very low, or inflation is eroding the ability of the Chinese to buy goods and services. There have already been signs of that. Not only are imports low, but purchases of major consumer items including automobiles have begun to slow.

A showdown between the West and China has been a long time coming. When the West was prospering during the better economic times from 2004 to 2007, the sting of a large trade surplus was not so great. The perception now, as the GDP expansion of these nations has slowed, is that job losses are due to cheap Chinese labor and its policy about the value of the yuan.

The specter of a “double dip” recession has begun to menace the economies of the US, Japan, and UK. And the issue of China’s trade surplus has become both a political and economic ones.