Gaddafi Made Libya Into An Economic Basket Case Long Ago 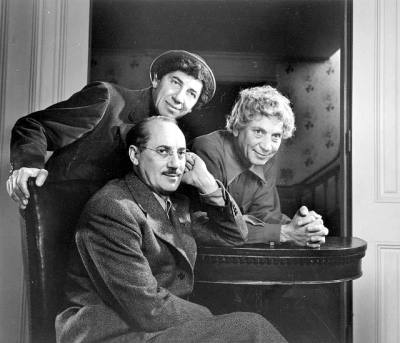 Libyan strongman Col. Mu’ammar Gaddafi, who today vowed to die a martyr as pressure mounts on him to leave office after 40 years, was supposed to be mellowing with age.   The West thought his son, Seif al-Islam,  would encourage Tripoli to be more Democratic.  None of that happened.

Gaddafi has expertly played the West for decades.  The media largely concentrated on his  eccentricities (sleeping in a tent, his voluptuous Ukrainian nurse, rambling speeches) and neglecting his own citizens despise him for good reason.   Governments were heartened by his decision in 2003 to renounce terrorism and to accept responsibility for the Lockerbie Bombing.  Elizabeth Dickenson of Foreign Policy magazine says in an interview there was hope that Gaddafi would be “an older, wiser dictator if still a brutal one.” But this old leopard did not change his spots that much.  Libyan exile Mansour El-Kikhia, a professor at the University of Texas  at San Antonio,  argues that Libyans knew all along that Gadaffi would never change.

“Nobody wanted to believe that this man was really nasty,”  he says in an interview.  “He should be in The Hague (where the International Criminal Court is based). … Now, we are on the verge of a calamity.”

Libya’s economy is a mess despite its oil wealth.   Corruption is rampant.  Media reports indicate that Gaddafi’s children were among the ones that were enriching themselves.  The dictator himself was no slouch in spending his country’s oil money — as much as a $1 trillion — on what Ian Birrell of the U.K.’s Independent described as “vainglorious ventures.”   He also created a “bewildering” form of government that basically made him in charge of everything, according to Birrell.

Real GDP growth contracted in 2009 by 0.7%, according to the U.S. State Department.  Some 95% of Libya’s exports are related to oil exports as are 75% of government receipts, and 25% of the gross domestic product.  That is a disaster waiting to happen because oil supplies will run out, which explains why many OPEC members have diversified their investments thorough Sovreign Wealth Funds.  Unemployment among young people is an eye-popping 30%.   None of this seems to have mattered much to the International Monetary Fund, which gave an upbeat assessment of Libya’s prospects.

From the IMF:
The macroeconomic environment is strong, underpinned by large fiscal and external positions and continued efforts to modernize and diversify the economy. The mission commends the authorities on efforts to enhance the role of the private sector in the economy, including by passing a number of critical laws that build on the initiatives launched over the past few years to modernize the economy. These achievements have contributed to the favorable sovereign ratings assigned to the country for the second year by international rating agencies. The authorities are aware of the many challenges that remain to diversify the economy and to help create viable employment opportunities for the growing labor force.

Now, contrast that with the depressing picture of life of ordinary Libyans painted by Human Rights Watch:

“Libya maintains harsh restrictions on freedom of assembly and expression, including penal code provisions that criminalize `insulting public officials’ or`opposing the ideology of the Revolution,’ although there has been slightly more media debate in recent years, particularly online. The authorities have not made public any account of the June 1996 Abu Salim prison massacre in which 1,200 prisoners were killed, nor have they held anyone responsible.”

What the IMF and the international business community often forgets in places like Libya and China is that economic progress is meaningless without political progress.  People want to be rewarded for their hard work.  That’s the American Way but not necessarily the Libyan way.  In fact, the country’s official name is The Socialist People’s Libyan Arab Jamahiriya, which underscores its failed economic policies and its close ties to the former USSR.   Western businesses, which are fleeing today, were eager to land work rebuilding Libya’s crumbling infrastructure that had been neglected by Gaddafi.

When Gadaffi assumed power in 1969,  Libya was a leading center of Middle Eastern commerce and Dubai was a backwater emirate few had ever heard of.  Now, Dubai is prosperous and Libya is a basket case and it’s all Gadaffi’s fault

“What does it take for Western society to wake up and smell the humus,” says El-Kikhia.