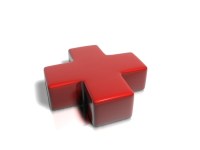 The Patient Protection and Affordable Care Act enacted last year will change almost every aspect of health care in the US. While changes to health insurance programs and to Medicaid and Medicare reimbursements make the most news, PPACA also affects facilities like assisted living centers and nursing homes.

One of the largest facilities owners is Ventas Inc. (NYSE: VTR), a REIT with a market cap of about $9 billion. The company in October announced that it would acquire Atria Senior Living Group’s real estate for about $3.1 billion. Today, Ventas announced that it would acquire Nationwide Health Properties Inc. (NYSE: NHP), another REIT, in an all-stock deal worth $5.8 billion.

Ventas will issue 0.7866 shares for each Nationwide share, valuing Nationwide at $44.99/share, a 15% premium to Nationwide’s closing price last Friday. Ventas will also assume $1.6 billion in Nationwide debt. Ventas’s deal for Atria included $1.35 billion stock and $150 million in cash, plus the assumption of another $1.6 billion in debt. The two transactions will more than double Ventas’s current long-term debt of about $2.9 billion.

In its most recent quarterly earnings report, Ventas noted that cross-appeals awarding the company more than $101 million in a judgment against Nationwide would be heard by the circuit court in March. It is probably safe to assume that won’t happen now.

The primary financial consideration related to senior living centers is, of course, Medicaid and Medicare reimbursements. There are cuts coming to these programs, but Ventas/Nationwide will be insulated from the effects because 70% of its combined net operating income comes from private payers. What could affect the REITs are reporting and transparency requirements, although those seem to be aimed more at operators than facilities owners.

One thing for sure, though, is that scale will make a difference. The combination of Ventas and Nationwide will create the largest health-care REIT in the US, with an enterprise value of about $23 billion. And senior living and care facilities are a growth market as more of the Baby Boom generation approach retirement age.

According to Ventas’s announcement, the combined company will own more than 1,300 assets in the US and Canada.

Ventas, which also owns Sunrise Senior Living, Inc. (NYSE: SRZ), stated in its quarterly report that its net operating income improve 17.7% at its Sunrise properties due to a 1.4% increase in occupancy, a decrease of -3.5% in management fees, certain cash payments received by Ventas, and a 3.5% rise in the average daily rate. There’s no reason to believe that the company can’t use something like that same formula for the properties it is acquiring from Nationwide and Atria.