Can America Afford The Rising Cost Of Autism? 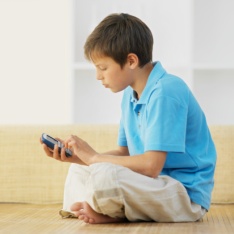 If past trends are any indication, autism rates could rise by as much as 75% in the next five years. This could not have come at a worse time for the nation’s overburdened and underfunded school districts, which are facing unprecedented financial stress as government aid continues to dry up. Autism, though, is a public health crisis like no other.

Scientists continue to offer multiple hypotheses as to why the prevalence of the disorder has soared by 600% over the past 20 years. The mysterious and often-vexing condition is poorly understood by scientists. Researchers are not sure why some people with autism can function at a high level, receive an education and hold down a job, while others exist in stony silence, trapped in their own minds. School districts are tasked with helping both types of students. Experts say its costs to society range between $35 billion and $90 billion per year.

“In only the last 3 years we have seen autism prevalence in the U.S. as reported by the CDC increase from 1 in 150 to 1 in 110 children,” writes Michael Rosanoff, associate director public health research & scientific review at Autism Speaks, in an email. While there has not been any indication that the rise in autism prevalence is slowing, recent research has shown that part of this increase may be due to changes in diagnostic approaches and awareness rather than a true increase in autism risk. On the other hand, converging findings also suggest that these factors account for only a portion of the increase and cannot alone explain the dramatic rise in autism prevalence.”

Indeed, the disorder is maddening for many reasons. First, there is no cure though people with autism can lead productive lives when they receive adequate services. Those services, of course, cost money. Without them, autism may worsen, potentially requiring even more expensive interventions. Experts agree that the earlier these therapies start, the more likely the chances are for success.

“That is in essence the argument I have been making,” says Jeff Sell, vice president public policy, Autism Society, in an interview. “If we sit back and do nothing, we are like Nero watching while Rome burns.”

Data reviewed by 24/7 Wall St. shows there has been a 76% increase in the number of reported autistic students in public schools between 2004 and 2009, according to The U.S. Department of Education’s Child Count data. More than a half-dozen states including Pennsylvania, Indiana, Oregon, Colorado, Nebraska, Rhode Island North Dakota and Wyoming showed that their autistic student populations have doubled or more than doubled. States such as Mississippi, Tennessee and Connecticut showed gains of 90% or more. The government data shows that there are approximately 330,000 students classified with the disorder by their school district though estimates of the true rates are higher.

Federal data pegs the costs of educating a student with the condition at $18,800 a year, roughly three times as much as a child without autism. These figures are likely out-of-date since they were from the 1999-2000 school year and were contained in a 2005 GAO report.


Not only was there a huge jump in the number of autistic students, but the variations in the percentage of students with the disorder varied widely from state to state. Minnesota, for one, says its autism rate was .99% of all students among 6 to 21 year olds, the highest reported of any state for the 2008-2009 school year. Iowa was the lowest at .11%. Both states say there are reasons for their rankings.

“Consistent with the dramatic increases observed in every state, the Minnesota Child Count for this age group in this category, increased over the past 10 years,” writes Christine Dufour, a spokeswoman for the Minnesota Department of Education, in an email. “Yet, the true rate for Minnesota is unknown. There has never been a true prevalence study conducted here. …. There are several reasons why it is difficult to make comparisons to other states’ identification rates: Every state has established a different criteria for eligibility under the Autism Spectrum Disorder (ASD) category, so some differences should be expected. Some states criteria are more strict and others more inclusive. For example, Minnesota specifically includes individuals with Asperger’s in its ASD criteria and some states do not.”