The Death Of Classical Music in America 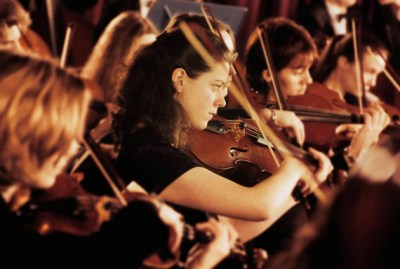 For generations, large and small cities saw orchestras,  operas and other classical music organizations as part of civic life.  Now,  many are in deep financial trouble with no relief in sight.

The reasons for their predicament is simple:  Costs are rising at a faster rate than their receipts.  That’s why the Philadelphia Orchestra,  long considered a crown jewel of American cultural life, recently had to seek protection from creditors.  Even classical music organizations that are keeping their heads above water have had to slash costs to the bone including laying off staff.

Classical music is probably the art form that is least able to weather any economic downturn.  For one thing, fixed costs are high.  Major orchestras include about 100 players. Top-flight musicians command salaries in the six figures. Some conductors earn seven figures.  Some groups need to pay rent on their halls. Endowments have taken a hit in recent years causing orchestras and other classical music organizations to scale back performances and, sometimes, cut back staff.   Economies of scale are difficult to find.   A symphony isn’t a symphony with one violin player.  This may result in a situation where only the biggest and strongest classical music arts organizations survive.

“It does not really surprise me” that so many orchestras and operas are struggling, says Tim Page,  professor at the Thornton School of Music and the Annenberg School for Communication and Journalism at the University of Southern California, who won a Pulitzer Prize for his writing on classical music. “What really surprised me is that it is getting into the big leagues. .. The small orchestras are probably going  to bite the dust. … I say that with great sadness.”

Classical arts organizations are scoring some financial victories.  Take the Rochester Philharmonic Orchestra.  The ensemble, founded by Eastman Kodak founder George Eastman in 1921, managed to erase a $776,000 deficit it had run-up from the 2008-2009 season.  While the 2009-2010 season did finish in the black, it was a rather modest figure of $2,416.

Our musicians, conductors, and staff accepted enormous wage reductions with the knowledge that this was a necessary step toward stabilizing the RPO’s finances,” Charles Owens, RPO President and CEO, said in a press release.

The RPO may be helped by the demise of the orchestra in neighboring Syracuse.  Still, the huge layoffs that have hit local companies including Kodak certainly don’t help matters.

A far more serious problem facing classical music organizations is that many Americans don’t appreciate the art form   As F. Paul Driscoll, editor-in-chief of Opera News, notes in past years classical music has never had a huge audience but at least people respected it.  That’s less the case today because arts education has been on the decline for years.  Classical music sales account for a small slice, some 2 percent to 4 percent of the $15.9 billion record music industry, according to the International Federation of the Phonographic Industry.  (Updates to remove erroneous statistic.) One reason for the small sales is many large U.S. orchestras don’t have recording contracts.

“It’s necessary for people to become exposed to it at an early age,”  Driscoll says.  “Classical music in general is under a lot of pressure. It’s a big challenge for them to maintain the quality of the product.”

School orchestras are under pressure even in wealthy school districts as they face unprecedented fiscal stress caused by a decline in state aid.  Moreover, the audience for the performing arts in the United States is both declining and growing older, according to a 2010 survey from the National Endowment for the Arts.

“Participation in key `benchmark’ activities (e.g., attending live performances, visiting museums) has declined from 39% in 1982 to 34.6% in 2008,” the NEA says.  ” The arts audience has grown older than the general population.”