The Most Dangerous Cities In America 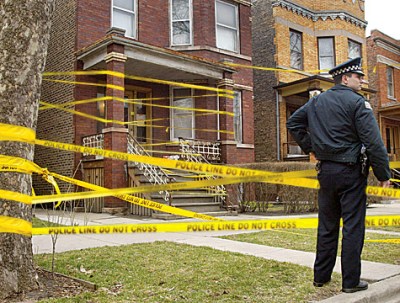 Yesterday, the FBI trumpeted the news that violent crime dropped 5.5% in 2010 while reported property crimes fell 2.8% during the depths of the worst economic slowdown since the Great Depression.  The news, though, is far from positive.

Though most regions of the U.S. saw declines, the Northeast saw an increase in murders (8.3%), forcible rapes (1.4%)  and aggravated assaults (0.7%).  Why that region was affected by crime more than others isn’t clear.  Perhaps it was because of the grinding poverty found in some of the area’s cities and their high cost of living.

The Police Executive Research Forum polled 233 local law enforcement agencies in 2009, and found that the link between poverty and crime was inextricable. A prolonged recession would only make matters worse, the research showed. After reviewing the data, PERF Executive Director Chuck Wexler told Reuters, “We are not saying there is going to be a crime wave, but we are saying this is a wake-up call and we anticipate the situation will continue to deteriorate.”

A 24/7 Wall St. review of 2010 FBI crime data shows violent crime rose in a several of the largest and poorest cities in the US, particularly those which have been in decline for some time. Even when crime rates dropped, older urban areas still had more violent crime than other cities. Philadelphia, Cleveland, Buffalo and Hartford finished high on the FBI’s list but failed to make the final 24/7 Wall St. ranking.

The crime problem is not completely explained by crimes committed. Police forces are supposed to keep crime rates down, but officers have begun to disappear from the streets of some large cities. Pontiac, Michigan, part of the corridor of high crime cities that runs from Detroit to Flint, recently turned over its police operations to the sheriff’s office of Oakland Country, where Pontiac is located.  Old industrial towns need to cut costs as populations fall and tax receipts recede, but the money trouble almost makes it certain that criminal activity will grow because it is mostly unchecked.

24/7 Wall St. looked at the ten most crime-plagued cities in the U.S. with populations of more than 100,000. We used a measurement of crimes per thousand people which is part of the new FBI database to determine the order. We compared these figures to unemployment rates and median income. The recession may have ended, but crime has not eased in these troubled cities nor will it anytime soon.

Our list is dominated by towns like Detroit, New Haven, and Baltimore. Parts of these cities are fortresses of crime.  Much of the violent crime in Detroit is committed in the old Palmer Avenue section of the city, which is far from the shiny skyscrapers where GM has its headquarters. Baltimore’s Front Street neighborhood is a world away from the new office towers of companies like financial giant T Rowe Price on Pratt Street. The crime-plagued Lamar Avenue section of Memphis is also far from the city’s ritzy neighborhoods.

Unemployment will inevitably improve in these cities. The most hard-hit sections, however, may never completely recover. They failed to do so after the last economic upswing –  and the one before that. Some part of all the cities on this list will be home to high levels of violent crime permanently. And, if the money used to keep police on the streets falls in most of these municipalities, containing the problem to a few neighborhoods will be hard. It would be nice to believe that criminals sit out a recovery, but they don’t.

These are America’s Ten Most Dangerous Cities.