What Can Moody's Know About Local Chinese Banks? 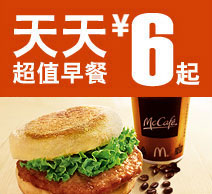 Moody’s generally sends teams of experts to review its ratings on international sovereign debt and the financial firms that are the core of an overseas government loan facilities. It is strange that the credit rating agency has a specific opinion on China’s local government loans and banks that support them. The People’s Republic’s central government is the only source of data about what happens in its provinces and cities. That government has not been known to be completely forthcoming about sensitive information.

Moody’s Investors Service says that the potential scale of the problem loans at Chinese banks may be closer to its stress case than its base case, according to an assessment that the rating agency conducted following the release of new data by China’s National Audit Office

In addition, the Moody’s document states: “we find that the Chinese audit agency could be understating banks’ exposures to local governments by as much as RMB 3.5 trillion.” That does not sound like much more than a guess.

Moody’s has been accused in the past of granting dangerous mortgage-backed securities pools “AAA” ratings. Those actions are considered one reason for the start of the American credit crisis. The regulatory examination of these decisions are not over, and Moody’s could still be punished for its actions.

Now Moody’s has entered a different field in which it is using very little hard data to come to conclusions. The firm believes it can see inside China’s local financial system. China itself probably has trouble doing that because of the number of local loans and bank transactions caused in part by the country’s $585 billion stimulus package. They, and their countless effects, cannot be entirely understood.

Moody’s new comments on China’s local financial problems are nothing more than a shot in the dark.