The Seven States Where White Collar Jobs Are Disappearing 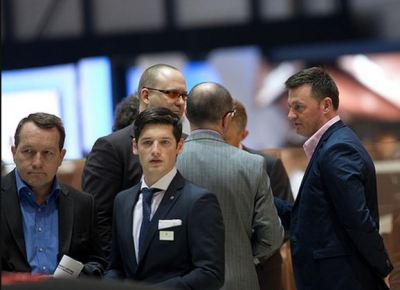 The recession has driven home the fact that not all jobs are created equal. Blue-collar and minimum wage jobs, such as construction and retail, have been hit hard. Young people therefore have been more likely to lose jobs in the last three years. The same is true of minorities. Middle-aged people with higher-paying jobs, on the other hand, have fared better than most. Despite that, in some sections of the U.S., the number of white-collar workers as a percentage of the work force has dropped significantly.

There is no single reason for the erosion of white-collar jobs in the seven states that 24/7 Wall St. identified as suffering from the trend. In Louisiana, for example, hundreds of thousands of people left the state after Katrina. Most came back, but white-collar workers did not return at the same rate as people with blue-collar jobs.

Some states probably had white-collar job erosion because of the shuttering of a few large companies. Missouri had the largest drop in white-collar jobs as a percentage of total jobs between 2000 and 2010. St. Louis was once headquarters to a number of Fortune 500 companies and was one of the largest cities in the central part of the country. It now ranks No. 57 among all cities based on population with barely 320,000 people. Large companies like McDonald Douglas and TWA are gone.

The last major reason that white-collar jobs as a percentage of the total have dropped in some of these seven states is that they are resource rich. Many of the people who have come to states like North Dakota and Alaska have probably not come to be managers. The growth in the number of people who work oil wells, mines and farm equipment has fueled the work force size in these states. States with crude and metals resources, as well as agricultural products, will likely continue that trend.

In order to identify the states in which white-collar jobs have decreased as a percent of the total workforce, 24/7 Wall St. reviewed data from the Bureau of Labor Statistics on the type of occupations people have in different states. Using accepted definitions of white and blue-collar jobs, we calculated the percent of the total workforce that was white collar in 2000 and in 2010.  Some of the positions considered white collar include those in architecture, engineering, finance, management, and legal occupations. We then identified those states where the percent of the white-collar  workforce had decreased. Across all states, only seven out of fifty actually had a relative decrease of white-collar positions, and only two of these actually had a net loss of those jobs. As a whole, the seven can fairly be characterized as states in which the proportional size of the white-collar workforce is shrinking.