Why America’s Financial Future Is Far Better Than Europe’s 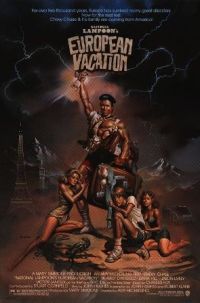 A number of economists believe the U.S. debt burden, budget problems, recession and lack of growth will soon be the same as those now facing many EU nations. This would mean that America has begun to enter a period of economic stagnation that will last for years. No prediction could be further from the truth.

The difference between the U.S. and every country in Europe — and the EU as a whole — is that America has a much broader array of resources. These include natural resources, intellectual property created by research and development, an activist central bank and a single political system in which national officials are elected by a single set of voters. America is also at the end of a financial and economic crisis similar to the one the EU has only just now begun to enter.

This is 24/7 Wall St.’s analysis of why America’s financial future is nothing like Europe’s.

Many EU nations have few natural resources at all. This makes them net importers of expensive commodities, which include oil and agricultural products. These resources are not just expensive, they are also subject to sharp price increases, as commodity inflation earlier this year showed. Oil, as an example, rose from $70 a barrel to $100 in little more than a quarter.

The U.S. ranks seventh in the world in proven oil reserves, with 98 billion barrels. The EU ranks 24th with 5.1 billion — and the top country in continental Europe, based on national reserves, is Italy with 476 million barrels. The situation is similar in the case of major grains. America is the world’s largest exporter of wheat and corn. EU nations are among the largest importers of both. The U.S. has a much greater ability to weather periods of tight commodity supplies or rapidly rising prices than countries within the EU.

One of the largest drivers of American business revenue is the huge amount of money spent on research and development. Nations within the EU, with the exception of Germany, do not have corporations similar to Microsoft (NASDAQ: MSFT), IBM (NYSE: IBM), Google (NASDAQ: GOOG), Amazon.com (NASDAQ: AMZN), Facebook or Apple (NASDAQ: AAPL). Nor do they have companies based on the creation of content like the American film and TV studios. These companies produce huge profits for the American corporate tax base, create hundreds of thousands of jobs themselves and through their partners, and build a pool of cash that numbers in the hundreds of billions of dollars. Apple by itself has nearly $40 billion in revenue from outside the U.S. IBM and Microsoft get about half of their revenue from overseas.

The reasons for the superiority of America’s R&D are easy to document. Of the nearly 245,000 patents granted by the U.S. Patent and Trademark Office last year, almost 122,000 went to U.S. companies and U.S. citizens. Patent grants to German companies and people numbered less than 14,000. Grants to companies and people in Italy were less than 2,300. American companies are much more progressive in R&D expenditures. R&D to GDP in the U.S. was 2.7% last year. The average among EU nations was 1.73%. Among the financially weak EU nations, the ratio was under 1.5%. A lack of research and development expenditures keeps businesses from developing critical technology and valuable intellectual property assets.

The U.S. bank system has already been bailed out by the Troubled Asset Relief Program (TARP) and use of the Federal Reserve short-term emergency borrowing window. Most of this activity came after the credit crisis in 2008 and was completed by 2010. The total TARP investment in banks and car companies was $411 billion in taxpayers’ money. The investment saved most, if not all, of America’s largest banks and two of its car companies. TARP helped overcome the destruction of financial firm balance sheets resulting from the fallen value of real estate-based assets.

What is very likely to be a massively costly bailout of EU banks has not yet begun. The cost of these bailouts will have to be borne largely by governments within the region, some of which are already deeply financially troubled due to sovereign debt loads and deficits. This national aid will be supplemented by the European Central Bank. The trigger of a new EU bank crisis almost certainly will be the write-offs of tens of billions of dollars in sovereign debt. The region’s banks face losses on Greek debt alone of as much as 100 billion euro, and considerably more on Italian and Spanish sovereign paper.

U.S. GDP is in the midst of an expansion that most economists put at about 2.5% for the current quarter. Some experts expect that to rise to 3% next year. This means the U.S. corporate and individual tax base has already begun to rise after a recession that lasted nearly three years. GDP growth means that America has the opportunity to cut some of its forecast deficits. Many countries in the eurozone are either in recession or are forecast to be next year.

Much of Europe’s GDP has already begun to contract, and some of the nations in the region never exited the downturn of 2007 to 2009. Spain has forecast it will have a recession that will last at least for the final quarter of this year and the first quarter of next. It expects a contraction of 0.2% followed by one of 0.3%. Italy entered a new recession in the third quarter of this year. It is the fifth recession the nation has experienced since 2001. The most significant concern about the downturns in Europe’s economies is that they will be exacerbated by austerity budgets, which will rob nations of the financial ability to stimulate industry and consumer spending.

U.S. unemployment has begun to drop and has fallen from more than 10% two years ago to 8.6% last month. The economy is currently creating about 150,000 jobs a month, with nearly all of them from the private sector. This gives the federal government the opportunity to increase its tax base, as well as a chance to cut the cost of long-term unemployment insurance. Recent weekly jobless claims show that the American unemployment problem has begun to improve at an accelerated rate.

The unemployment situation in Europe was, in some countries, much worse than the one in the U.S., even at the peak of the recession. In others, unemployment figures are worsening quickly. The jobless rate in Spain rose half a percentage point to 21.5% in the third quarter. Among people under 25 years old, the unemployment figure is closer to 40%. Unemployment in France reached a 12-year high in November. The jobless rate in Greece is over 18%, and if tourists avoid the country, the number will rise above 20% quickly. Those without jobs are a net drag on governments, with an increase in demand for unemployment support and a loss in terms of tax base. None of the most financially troubled countries in the region has money for job creation packages.

The U.S. Treasury has to pay only 2% on 10-year notes. This figure is 5% to 7% in the most troubled eurozone nations. American borrowing costs have been well below forecasts as the U.S. deficit has risen. Even if U.S. deficits reach the extraordinary levels expected over the next decade, the costs to fund the national debt is, and will be for the foreseeable future, relatively low.

The yield on 10-year notes issued by Italy is currently near 7%. The number is more than 5.3% for Spain and 13% for Portugal. The EU GDP weighted average is 4.8%, even when the AAA-rated nations of France and Germany are included. EU nations not only have historically unprecedented budget deficits in terms of ratio to GDP and absolute size, their costs of borrowing are also unprecedented. Even if a nation like Italy could afford, under normal circumstances, to borrow what it needs to finance its deficits, the current cost of its sovereign paper cannot be sustained without the country virtually running out of money.

The U.S. political system, while chaotic at times, is far less fractured than among EU countries. This means that there is a better likelihood of getting meaningful fiscal support for programs that will lower the American deficit. The U.S. Congress and president are chosen by one electorate. That means there is a chance for significant political change, particularly in the years of a national election like the one in 2012.

The drawbacks of the EU system in which the federal governments in each nation are elected independently has been particularly obvious recently. The UK recently vetoed an EU plan to created new treaty provisions to attack the union’s financial trouble. The Finns party in Finland has nearly kept that country from participating in financial aid packages for the region’s weak nations. The government in Finland only recently survived a “no confidence” vote, which was brought primarily because of the aid question. The political complications of a multinational financial structure are not only felt on election day. Powerful forces in Germany are against that government’s leadership of EU bailout programs. Among nations that have received aid, like Greece, there is violent political pressure to reject the austerity that comes with it. A decision by Greece’s parliament to default on its bonds, or a Germany decision to cut funds for bailouts, would throw the 27-nation region into a financial panic.

The Federal Reserve has proved time and again that it is prepared to aggressively support not only the American financial system, but the broader economy as well. The Fed opened an emergency lending facility for banks, which was in place from late 2007 until well into 2008. The Fed also provided the credit facility for JPMorgan (NYSE: JPM) to buy Bear Stearns when the investment house collapsed, and supported AIG (NYSE: AIG), the world’s largest insurer, when it became insolvent in 2008. The Fed has continued to support the national economy through two rounds of quantitative easing. And the American central bank has indicated that it is open to another round of purchasing U.S. Treasuries or perhaps mortgage paper — QE 3.

The European Central Bank may be more of a problem than a solution to the EU financial situation. Its head, Mario Draghi, has repeatedly said that it will not buy bonds of troubled member nations. Draghi insists that such an action would be a break with the institution’s mandate. That leaves the ECB as a lender and supporter of banks, but not the sovereign debt that is the single largest and perhaps only real threat to their balance sheets. Deposits in banks in the most economically unstable nations have already begun to be pulled away in record numbers and placed in “safer” nations like the U.S. This has compromised the ability of those banks to make loans and create economic opportunity. It is ultimately impossible to salvage the banks based in EU nations if the nations themselves collapse financially.