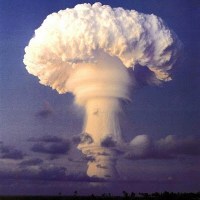 For some reason, Europe’s largest stock markets have shrugged off election results in Greece and France. Many indexes are down, particularly in Greece. But the markets the world watches most closely — those in France, England and Germany — have sold off very modestly. The second trading day after the elections, the FTSE 100 and Dax are almost flat. And U.S. markets, a side matter, mostly rose yesterday. The reason for the lackluster movement may be that the effects of the elections were already “priced in.” Most experts expected the French results, although the Greek election surprised many. Greece, many experts now believe, is small enough not to matter much. There even have been conversions about it voluntarily leaving the European Union, and doing so with little effect.

Warren Buffett surprised investors when he said Berkshire Hathaway (NYSE: BRK-A) may buy more newspapers. It already owns the daily in Buffalo and recently bought the paper in Omaha, which is where his conglomerate is headquartered, for $200 million. Buffett may view newspaper ownership as an inexpensive hobby, at least inexpensive for a company the size of Berkshire Hathaway. It is just as likely that he sees a bottom in the industry. He has had a ringside view of newspapers for some time. He was an investor in the IPO of the Washington Post Company (NYSE: WPO) and sat on its board for years. Buffett also can see that revenue erosion in the industry has slowed or at some chains stopped. Cost cuts have made margins at least tolerable. Among the stocks of the largest newspaper chains, several appear to have stopped sliding. This is the case with the New York Times Company (NYSE: NYT), Gannett (NYSE: GCI) and even battered McClatchy (NYSE: MCI), which is heavily burdened with debt.

The Facebook IPO road show has begun. Based on news accounts, the most important part of the event is that CEO Mark Zuckerberg wore a hoodie, jeans and sneakers to the first large presentation to investors. The argument to set the social network company’s value at an extraordinary $96 billion must be less important. Zuckerberg and Facebook did get an early break, before their presentations even began. Stock research firms Wedbush Securities and Sterne Agee rated the shares a Buy and trumpeted Facebook’s strength — the problems of slowing growth and the lack of revenue from mobile platforms notwithstanding.

Nokia’s (NYSE: NOK) flagship Lumia 900 had a software bug when it launched. This caused bad PR, but the problem was solved quickly. That was not the end of glitch problems. The smartphone has a second bug: its screen turns purple when its brightness is set low. The world’s second largest handset firm — which until late last year was the largest — promised to resolve the issue quickly as well. Nokia needs the product to be a success. The fortunes of the company have crumbled as Apple’s (NASDAQ: AAPL) iPhone and handsets that run Google’s (NASDAQ: GOOG) Android software have raced ahead of it in sales. The Lumia is also the first major collaboration between Nokia and its major software partner, Microsoft (NASDAQ: MSFT). Redmond has made a billion-dollar bet that Nokia’s broad distribution of handsets can push the Window mobile software into the market, where it currently has a single-digit market share.