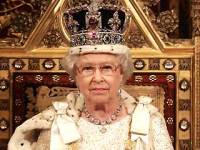 The new IMF report on the UK  (“United Kingdom—2012 Article IV Consultation Concluding Statement of the Mission”) has a pessimistic tone. But, the agency believe that the country can help its own cause through stimulus and monetary policy. These are against the current trend of government austerity and a lack of intervention of any significance from the Bank of England. The IMF analysts write:

Policies to bolster demand should help close the output gap faster. It needs to be recognized that policy options in this regard come with risks, including uncertainty about their effectiveness. However, these risks need to be weighed against the risk of weak demand that leads to persistently slow growth and high unemployment that become entrenched in decisions made by consumers and investors.

The meet that goal, the Cameron government would have to reverse course and replace its expense cuts, at least in part, with national stimulus. That would be well off the charted path of set by Cameron, and is highly unlikely to happen