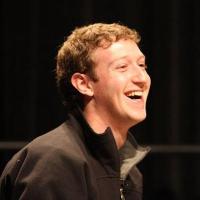 James Gorman, the CEO of Morgan Stanley (NYSE: MS), went on the record to say his firm’s behavior was perfects as it lead the IPO of Facebook (NASDAQ: FB). Morgan Stanley followed all of the rules set out by the government and the Wall St. traditions which teach how initial public offerings should begun correctly.

Many experts believe that there are several things he cannot dodge. There is body of evidence that his research operation changed its forecasts for Facebook’s earnings during the IPO roadshow. This is rarely done, so why was it done this time? The number of shares for the initial public offering was increased at the last moment. How could Morgan Stanley have so badly forecast demand? Or, was the bank pressed by Facebook to push the count higher? The one thing he can fairly blame on outsiders is the choppy trading of Facebook shares on Nasdaq the first day. No matter what Gorman says, Morgan Stanley will have to answer for the rest.