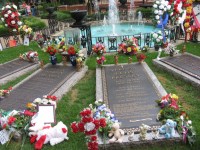 The Formula One initial public offering, which was supposed to debut on the Singapore market, was killed. The move was extraordinary. Owning shares in the premier racing business in the world is nearly as exciting as owning shares in the world’s largest social network. The IPO should have come off easily. Formula One races are on nearly every TV screen around the world. Its drivers are international heroes.

But, the Facebook (NASDAQ: FB) IPO disease has spread everywhere.

Bernie Ecclestone, the chief of Formula One, said the IPO is not dead, but only sleeping. Later in the year, when market conditions improve, the IPO will work, he claimed. His forecast is empty. Ecclestone must know that those conditions may not return because investors are too nervous — even to invest in a sport that is widely popular.

The most depressing thing about the Formula One IPO collapse is that the company believed it had given itself every advantage to succeed. The Singapore listing should have drawn Asian investors, who are supposed to have a lot of money they are willing to put at modest risk. The IPO would have raised $2.5 billion. That valuation is not a crazy, based on the firm’s revenue and prospects. This IPO should not have had any barriers. Its collapse is a very bad sign.

One reason that Facebook and Formula One should have been able to raise money without trouble is that neither company needs the cash. That mitigates risk, which should help demand. But market investors are so spooked by the economy and the plunge in the markets that IPOs, which are close to safe havens, cannot get to market, or if they come to market they take a beating.

Formula One should have had an easy launch into the public markets.