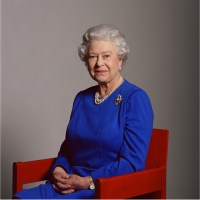 Facing disastrous consequences from the economic slowdown in Europe, Sir Mervyn King, the Governor of the Bank of England, set out new plans to aid British financial institutions in the hope that the actions will preserve the already battered economy.

He said at a dinner in London:

What I can say tonight is that the Bank and the Treasury are working together on a “funding for lending” scheme that would provide funding to banks for an extended period of several years, at rates below current market rates and linked to the performance of banks in sustaining or expanding their lending to the UK non-financial sector during the present period of heightened uncertainty. The Bank would lend, as in its existing facilities, against a much greater value of collateral comprising loans to the real economy to protect taxpayers. But the long term nature of the lending and its pricing mean that the Bank could conduct such an operation only with the approval of the Government, as offered by the Chancellor earlier. So such a scheme would be a joint effort between Bank and Treasury. It would complement the Government’s existing schemes, and tackle the high level of funding costs directly. It could, I hope, be in place within a few weeks.

The action was taken specifically because,

The crisis in the euro area is affecting our own economy in two ways over and above the direct effect of a dampening in the demand for our exports. The first is via bank funding costs, which have risen since the middle of 2011 as the crisis has intensified. In turn, that has led to higher borrowing rates on mortgages and loans to SMEs. This rise in bank funding costs reflects in part the exposure of our major banks to the periphery economies. Any significant re-denomination of their currencies, or a default on domestic debts, would, both directly and as a result of the consequences for all our economies, put a dent in the capital position of our banks. As a result, investors demand a higher risk premium on loans to banks, pushing up the cost of borrowing for home-owners and businesses.

The other effect of the euro-area crisis has been to create a large black cloud of uncertainty hanging over not only the euro area but our economy too, and indeed the world economy as a whole. Complete uncertainty means that the risks to prospective investments that will yield returns in five or ten years’ time are simply impossible to quantify. The black cloud has dampened animal spirits so that businesses and households are battening down the hatches to prepare for the storms ahead. The result is that lower spending leads to lower incomes and a self-reinforcing weaker picture for growth.

The move is bold and unexpected. Therefore, it may bring some real sense of relief to UK banks and businesses. It may also serve as a model for the US if the EU economic catastrophe spreads