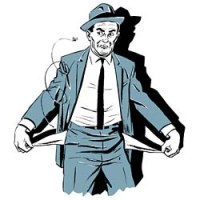 The G20 meeting ended with a pledge to support the ongoing integrity of the euro, as well as promises to create plans to bring down the borrowing costs of the region’s weakest nations. Nothing was spelled out for accomplishing that. Presumably, that is left to the European leaders who are about to meet at a summit. The various funds set by the region’s governments to solve the crisis total, by some estimations, more than $1 trillion. Added to that is a $463 billion fund created by the International Monetary Fund. The hurdle that European leaders face is the lack of a clear plan for distributing the money, or whether the sums available will be enough. Germany continues to press nations with financial problems, most immediately Greece, to hold to plans for severe austerity. A number of other countries, led by France, want stimulus packages matched to government expense reductions.

Surface: A Win for Microsoft?

Speculation continues about the success or failure the Microsoft (NASDAQ: MSFT) Surface tablet. One observation about the machine is that Microsoft kept its development secret from all of the large PC companies that use Windows as the operating system for their products. Since none of them has a successful tablet of its own, the Surface may be viewed as something that undercuts their prospects. Also speculated about is what the Surface cost to build and what Microsoft will charge consumers for it. In the past, companies like Amazon.com (NASDAQ: AMZN) have sold their tablets and e-readers at a loss to drive market share and sales of e-books. Microsoft does not have a warehouse of content on which it can make a profit the way Amazon does. However, it has a keen interest in robbing market share from Apple (NASDAQ: AAPL).

The Samsung Galaxy S III is expected to have the most impressive launch in the United States, based on sales, since the release of the Apple iPhone 4S. UK sales have been remarkable. One sign of the pent up demand for the smartphone is that Sprint-Nextel (NYSE: S) said it may be unable to ship some Galaxy products on time due to “overwhelming demand.” People who preordered the smartphone from Sprint may receive them two days late. While there have been no similar announcements from AT&T (NYSE: T) and Verizon Wireless, each currently features the Galaxy as something of a flagship product. This means that sales over the first several days and the first week may rival those of past iPhone releases.