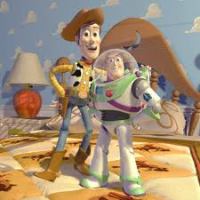 Inaccurate submissions of Libor interest rate data, which first cost Barclays (NYSE: BCS) $453 million in fines to U.S. and UK regulators, has cost the chairman of the bank, Marcus Agius. As he left, he commented that “the buck stops with me.” Since Agius did not really run the bank, and traditionally the CEO of UK financial firms handle day-to-day activities, it is a wonder CEO Bob Diamond is still there. Most are betting that he will be gone soon, and some analysts who track large banks think Diamond will not the the last to go. The light of an ongoing investigation has fallen on RBS (NYSE: RBS

) recently. Since Libor interest rate activity is a huge source of income for many banks, regulators will continue to dig aggressively, based on the belief that if Barclays did it, so did most of its peers.

Eurozone unemployment reached the highest level since the alliance was formed. The latest numbers, according to Eurostat:

The figures from Spain and Greece show the extent to which each has fallen into an economic depression that will be nearly impossible to reverse. The Eurostat report showed:

Apple (NASDAQ: AAPL) settled a trademark suit in China. This should open the way for more iPad sales in the world’s most populous nation. Proview International Holdings made claims about the iPad name, which Apple vigorously contested. But the amount of settlement — $60 million — shows that the legal battle may have been a nuisance from a financial standpoint. That is not so from a revenue one. Apple is in a race to get the kind of market leadership position in China that it has throughout much of the rest of the world. Rivals, particularly Samsung, have begun to do well in the People’s Republic. The size of the Internet-enabled population in China, which is dominated by wireless, is thought to be more than 700 million. Apple needs a large portion of the market to keep up the pace of its feverlike sales growth.