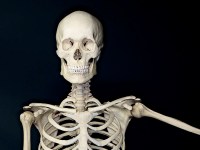 Source: wikicommons / Skimsta
Many American companies have been lauded for their rapid rise to greatness, a process that sometimes takes less than a decade. These firms become leaders in their industries, are renowned for innovation, phenomenal growth, and, in the case of public corporations, their soaring share prices. Google Inc. (NASDAQ: GOOG) usually makes the list, as does Apple Inc. (NASDAQ: AAPL). At the other end of the scale are well-known firms that are so crippled they go bankrupt or disappear entirely. Recently, these have included AMR, the parent of American Airlines, Borders, and Eastman Kodak.

Somewhere in the middle — between the companies that do phenomenally well and those that fail — are ones that were once leaders in their industries but have fallen hopelessly behind. They may remain in business for years or even decades after their best days. Their executives struggle to find better strategies, and often their boards seek new management. But, in the case of companies that fall permanently into trouble and well behind the leaders in their industries, the chance of a turnaround has passed. Competitors have taken too much market share, and often have stronger balance sheets. Or, their products and services are no longer in demand because of changes in the overall economy or the sectors in which they operate.

To compile a list of names that were once leaders in their industries, but are no longer and likely will never be again, 24/7 Wall St. looked at companies that have lost most of their market share, suffered sharp share price erosion, and posted a sharp drop in earnings, or even losses. We focused on companies that are included in the S&P 500. Almost all have lost money recently. Each has had a drop in share price of over 50% in the last five years. Each has powerful competitors who have built market share or moats around their businesses that are nearly impossible to overcome.