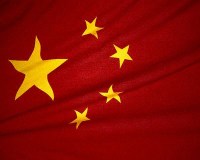 HSBC’s preliminary or “flash” reading of its China manufacturing Purchasing Managers’ Index (PMI) for August declined to 47.8. That was a nine-month low, as well as a drop from July’s final reading of 49.3.

Weakness in new orders and shipments was a drag on results. This was the 10th consecutive month that manufacturing conditions in China have remained below the 50-point level that separates contraction from expansion.

Specifics showed that output is now in contraction, compared to expansion in July. The new orders and new export orders subindexes signaled contraction at an accelerating rate. And employment conditions held steady month to month but remained in contraction.

The Chinese government is expected to step up policy easing and/or stimulus after August. Before this PMI data were released, People’s Bank of China Gov. Zhou Xiaochuan said the central bank stood ready for further easing.