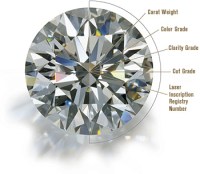 Zale Corp. (NYSE: ZLC) jumped in premarket trading after reporting a narrower fiscal fourth-quarter loss and predicting a return to profitability in the next year.

The specialty retailer said its net loss for the quarter narrowed to $19.7 million, or $0.61 cents per share, and revenue totaled $407 million. The results compare to a loss of $1.02 per share and $377 million in sales in the same period a year ago, as well as to the Thomson Reuters consensus estimates of a per-share net loss of $0.84 and $405 million in revenue.

The Irvine, Tex.-based purveyor of fine jewelry said that, based on the current momentum of its business and recent debt refinancing, it now expects to achieve positive net income for fiscal year 2013. Zale has not seen an annual profit since FY 2008.

In the fourth quarter, we made significant progress in returning Zale to profitability. We recorded our seventh consecutive quarter of positive comps, reported a sizeable improvement in operating margin and strengthened our capital structure. In fiscal year 2012, we achieved a 6.9 percent comp, on top of an 8.1 percent increase last year, and reported operating earnings for the first time since 2008. We look forward to building on this momentum in 2013.

For the full fiscal year, revenues climbed 7.1% year-over-year to $1.87 billion and the net loss was $0.84 per share. While the loss was narrower than expected, revenue was in line with consensus estimates.