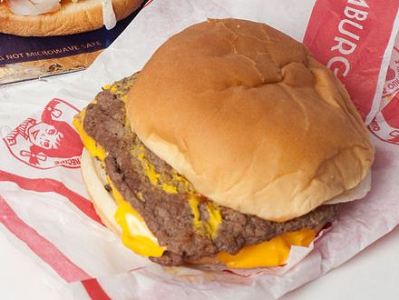 As if the news of economic contraction in Japan, Germany and France in the fourth quarter of last year was not bad enough, new data from Eurostat shows the euro area and EU27 have fallen into a persistent and deep economic contraction. GDP data from Italy (-0.9% GDP Q4) and Spain (-0.7% GDP Q4) were particularly troubling. The Eurostat report shows:

GDP fell by 0.6% in the euro area1 (EA17) and by 0.5% in the EU271 during the fourth quarter of 2012, compared with the previous quarter, according to flash estimates published by Eurostat, the statistical office of the European Union.

Anheuser-Busch InBev N.V. (NYSE: BUD) may yet buy Mexican brewer Grupo Modelo, despite early resistance from the U.S. Department of Justice. To close a transaction, the larger company probably will offer terms that DOJ will find more palatable. According to Reuters:

The DOJ was not convinced that AB InBev’s related plan to sell its 50 percent share of U.S. beer importer Crown Imports to the world’s largest wine company Constellation Brands (STZ) would have remedied that defect, since AB InBev would still have supplied Crown with Corona and other Modelo beers and had the option every 10 years to buy the whole of Crown.

AB InBev said on Thursday it had now agreed to sell Modelo’s Piedras Negras brewery next to the U.S. border to Constellation and grant it perpetual rights for Corona and other Modelo brands in the United States, at a cost of $2.9 billion.

The U.S. beer market is currently dominated by AB InBev and MillerCoors, a joint venture between SABMiller (SAB.L) and Molson Coors Brewing Co with a 30 percent share.

The Case Against SAC

The viability of SAC Capital Advisors as a large hedge operations was undercut by evidence that probably will show more traces of illegal behavior at the firm. Clients supposedly have started to pull out money of fear of future trouble at the company controlled by Steven A. Cohen. According to The Wall Street Journal:

A former analyst at SAC Capital Advisors told federal criminal investigators that he was pressured by his manager to gather inside information on technology stocks, according to people familiar with the briefing.

The Federal Bureau of Investigation and the Manhattan U.S. Attorney’s office now are using the statements from the analyst to try to build a case against the SAC portfolio manager, Michael Steinberg, and others that could result in charges in the coming months, these people said.

Authorities currently are preparing to present evidence to a grand jury against Mr. Steinberg, according to a person familiar with the investigation.

The development ramps up the legal pressure on the big hedge fund, highlighting that the previously reported insider-trading investigation of SAC and its founder, Steven A. Cohen, is proceeding on multiple fronts.