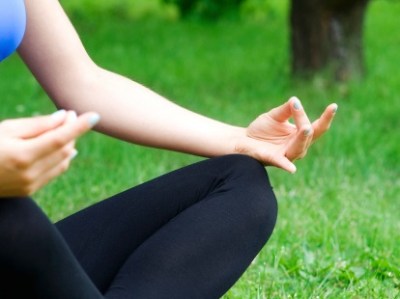 Source: Thinkstock
Many of the top Wall Street firms released their top 2014 ideas in the month of December. This is the first full trading week of 2014, and many firms are still issuing their top research outlook pieces. The analysts and strategists at Baird waited until the new year to publish their list, as they wanted to watch the year wind down to the very bitter end. This makes sense, just in case there is some sort of year-end event that can change their thesis for 2014.

Like most of the Wall Street firms we report on, the team at Baird is looking for a solid 2014, but not the blockbuster year we had in 2013. Their year-end target for the S&P 500 is posted at 1,900. While they have plenty of concerns, their proprietary models and key indicators continue to suggest that positioning for additional upside with an offensive tilt is the most prudent course of action for investors. They are specifically positive on technology, health care and financials, sectors that seem to rank high at most of the firms we report on.

Here are 10 top Baird growth stock picks for 2014 by sector.

Broadcom Corp. (NASDAQ: BRCM) is a former high-flyer trying to fight its way back to prominence. The stock of this provider of semiconductor solutions to wireless and wired communications has seen a surge over the past four weeks and may be on portfolio managers’ radar. A key reason for this move has been the positive trend in the earnings estimate revisions picture. For Broadcom’s full-year estimate, nine estimates have gone higher in the past 30 days, compared to no downward revision. This trend has helped the consensus estimate to rise from $1.78 a share a month ago to its current level at $1.84. Investors are paid a 1.5% dividend. The Baird price target is $35. The Thomson/First Call estimate is pegged at $32. Broadcom closed Friday at $28.97.

Fortinet Inc. (NASDAQ: FTNT) is right in the thick of the cyber security sector, and it is hot. The company’s FortiGate network security platform is the first third-party next-generation firewall to be certified by NEC to protect its cloud platform. Since 2010, NEC and Fortinet have worked together to deploy the FortiGate platform as the security resource in the SDN environments NEC has built. Baird has a $25 price target. The consensus price target for the stock is also posted at $25. The stock closed Friday at $19.27.

SolarWinds Inc. ( NYSE: SWI) offers customers enterprise-class network management products, including SolarWinds Network Performance Monitor that monitors and analyzes network performance metrics for routers, switches, servers and other simple network management protocol enabled devices. The business is solid with a clean balance sheet, and the growth is still on the high end. Baird has a $45 target, while the consensus figure is at $41. SolarWinds closed Friday at $38.11.

LuLulemon Athletica Inc. (NASDAQ: LULU) is a controversial retail name to make the Baird list. Despite numerous product and management gaffes and issues in 2013, the stock is a leader in the yoga-wear field. Shares of Lululemon finished the year having lost more than 22% of their value. With an eye on the future, investors may want to take advantage of a solid price entry point. Baird has a $76 price target, and the consensus is at $69. The stock closed Friday at $58.78.

Michael Kors Holdings Ltd. (NYSE: KORS) has been a hot retail name, and it looks poised to remain one in 2014. The company’s performance has been led by the double-digit growth of its operating results. In the second quarter of fiscal 2014, Michael Kors delivered 39% revenue growth, as sales rose to $740 million, while operating income increased by 40% to $221 million. Baird has placed a $97 target on the stock. The consensus figure is lower at $90. Michael Kors closed Friday at $82.51.

Cabot Oil & Gas Corp. (NYSE: COG) is a name that fits the bill at Baird. The company’s mid-December operating update reaffirms several issues the analysts believe positions the shares for another strong year in 2014. Strong production and a long-term selling agreement with Pacific Coast Summit Energy are cited as big positives. The Baird price target for the stock is $48. The consensus estimate is $45. Cabot closed Friday at $37.95.

Range Resources Corp. (NYSE: RRC) is the other name that the Baird team favors. Strong production gains in its Marcellus wells are adding to overall gains that could drive revenues higher in 2014. Investors are paid a very small 0.2% dividend. Baird has a $99 price target, while the consensus is much lower at $90. Range Resources closed the day Friday at $80.53.

Pharmacyclics Inc. (NASDAQ: PCYC) has been a top biotech name in 2013 and looks to stay that way this year. The company operates as a clinical-stage biopharmaceutical company focusing on developing and commercializing small-molecule drugs for the treatment of cancer and immune mediated diseases. Goldman Sachs recently cited the recent stock pullback as a golden opportunity for investors to buy stock. The Baird price objective is $132, and the consensus number is higher at $147.50. The stock closed Friday at $105.78.

Regeneron Pharmaceuticals Inc. (NASDAQ: REGN) has been a monster as well, and most Wall Street firms expect it to stay one. With treatments for everything from macular degeneration to colorectal cancer, the company continues to exploit an extraordinary pipeline. The company is viewed by Baird and other firms as a leading candidate to be one the next generation biotech large cap leaders. Baird has placed a $320 price target on the stock. The consensus is at $340. Regeneron closed Friday at $271.75.

Vertex Pharmaceuticals Inc. (NASDAQ: VRTX) rounds out the triumvirate of big cap biotech leaders to buy. The company first got on the biotechnology map with a blockbuster hepatitis C drug. The company should be able to get revenue growing again with its cystic fibrosis franchise. It already has one drug approved, but Kalydeco by itself is only appropriate for about 4% of cystic fibrosis patients. To have Celgene-type success, Vertex need drugs in its pipeline that are being tested with Kalydeco to be a success. Baird has a $93 target, and consensus is higher at $94. Vertex closed Friday at $73.45.

The Baird ideas are an eclectic and interesting list for investors. As a top regional firm, it tends to dig a little deeper, looking for ideas with not only growth potential, but catalysts. For the most part, the usual big cap candidates are notably absent from their list. That sets Baird apart from many of the firms we cover, which is good for investors looking for a fresh view.