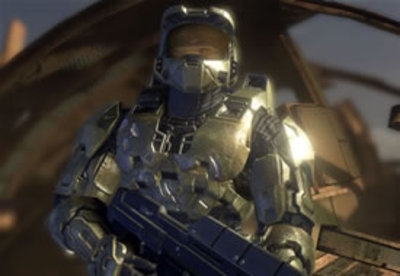 In just under two short weeks the gaming event of 2007 will take place: Microsoft’s (NASDAQ:MSFT) Halo 3 hits the shelves.  Halo 3 will launch on September 25, 2007, and this will be a key date for investors that watch video game publishers and sellers alike.

With September 25 falling on a Tuesday you can bet that schools (and tech support departments) around the U.S. are probably going to have record absentees.  “I can’t come to school today, because I have Arbiter’s flu and the Covenant just has me worn out.”  Sure, certain public beta demos have been out for testing and for introduction for a while, but this game already has recorded 1 million copies in U.S. pre-sales and it’s a safe bet that almost every Xbox 360 owner will buy a copy of this game between now and early 2008.

It’s not really released how many copies of each version were sold or are being made available, but here is what is coming out:

After the recent Xbox recall gaffe, the Bungie games and Xbox unit needs a blockbuster.  This was the year that the entire Xbox venture was supposed to become profitable, but the charges took care of that.  Also, what about that darned Halo-based movie (and is this a real pre-preview)?

GameStop (NYSE:GME) has to be happiest about one thing: there’s no Chinese lead paint in video games.  Take-Two (NASDAQ:TTWO) already got its bad news out of the way after it delayed its release of the new Grand Theft Auto franchise game until 2008.  Now it looks like it will just be Halo 3 that creates a vacuum for other gaming companies in a couple weeks.

If you are Activision (NASDAQ:ATVI) or Electronic Arts (NASDAQ:ERTS), you might want to wait until after the first week of October before making any major release announcements.  Companies that make video game announcements around that time will not get heard.  GameStop Corp. (NYSE:GME) shares closed up 2.8% today at $50.18, just over 3% from the all-time highs of $51.99.

Hopefully this will help Microsoft (NASDAQ:MSFT) finish its own fight.  Microsoft’s stock should no longer be called “Mister Softie.”  It’s new nickname should be “Master Chief.”  If you want all the last minute news on it, you can access the Xbox.com site here.

What would a spin-off of Bungie and Xbox be worth to Microsoft shareholders?  It doesn’t matter because it almost certainly won’t happen, but it would be an interesting exercise.

Jon Ogg produces the 24/7 Wall St. SPECIAL SITUATION INVESTING NEWSLETTER; he does not own securities in the companies he covers.