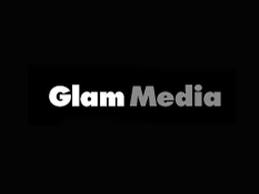 Instead of running one website – or even a handful of websites – Glam sells advertising for a network of thousands of blogs, all focused on three categories: women’s lifestyle, men’s lifestyle and health and wellness. It splits that advertising revenue (usually 50-50) with the writers. The company, which launched its publisher network in 2005, also considers itself the first social blog network to go after professional writers and authors, Arora said.

By separating out “serious journalists” from other bloggers and commenters that contribute to social media, the company has managed to attract advertising from big national brands, he said. Glam’s advertisers include Nike, Victoria’s Secret, H&M, Neiman Marcus, Paramount, Cingular and ABC, among others. “We actually got the brands to trust us,” Arora said. “They saw themselves going to these sites.”

During the economic downturn, Glam experienced quarterly growth of 20% to 30%, year-over-year, giving it 35% to 50% higher growth than traditional media companies or online peers, the company says. Since then, its growth has risen to between 30% and 40%. “We haven’t had a weak quarter,” Arora said. Glam now has reached an annual run rate of $100 million in revenue, according to Matt Marshall at VentureBeat, who also reported that the private company plans to file for an initial public offering as early as this fall.

Meanwhile, Glam has quietly – and quickly – become one of the best-read media companies in the United States. Together, Glam’s blog network attracts 1.4 billion pageviews per month in the U.S. alone, with readers spending a total of 3 billion minutes per month on those sites, Arora said. In its latest Web report in March, comScore ranks Glam as one of the top 10 web properties in the country, with 87 million unique U.S. visitors – meaning that 40.9% of the nation’s Web users visit Glam sites.

The company also boasts 200 million users globally. That gives Glam far more unique visitors than NBC, Viacom, The New York Times or Conde Nast. Here’s an edited excerpt of some of the questions Arora answered after his speech:

Why have so few people heard of Glam?

We’re very quiet, under the radar and focused. … We have no spending on marketing. We don’t want people to know they’re reading a Glam Media site. It’s not coyness; I just don’t believe in it. We’re not a direct consumer brand, not a Facebook.

What about other expenses? How much do you pay journalists, for example?

We’re just about to reach the point where we’ve paid journalists $100 million in the U.S. annually. It varies from a latte a month to $2 million.

There are probably 11 verticals in all of media. We’re in three today, and will probably target seven. The other four would work, but they’re not in our DNA: finance, tech, travel and news. They would work; someone should take our model and do it.

Without marketing, how do you find journalists to join the Glam network?

Usually we’ll find [existing high-quality blogs in our verticals], but sometimes we’ll follow individuals and ask when they’re ready for their real life to start. But in general today, we have a long wait list. When there are channels we’re about to launch, we’ll do outreach. But in our core channels, people know us.

Are you mainly looking for larger sites with high pageviews already?

It may not be large; we look for quality.

How do you monetize that quality over simple pageviews?

The relative revenue could be higher than the user base, which could be small. This model of connecting quality and scale is flawed. We sell equal or higher than Vogue or Yahoo on our sites today. … When metrics such as content quality, users and how long they stay on the site are high, advertising grows higher.

To get to this scale now is very hard. We’re just shy of AOL in reach. [Editor’s note: AOL has 118 million unique visitors, according to comScore.] The only private media company in the U.S. that’s larger than us is Facebook. We do face competition in every channel and in every country too. As we enter new verticals, it’s very interesting.

Editor’s note: Glam sent us the following e-mail on April 27:

Glam Media is requesting a clarification to the story from yesterday that was based on previously provided information.

The clarification is in regard to the information that Glam is about to reach the point where we’ve paid journalists $100 million in the U.S annually. This figure is actually a cumulative total, not annual.

Please update and let us know if you have any questions.