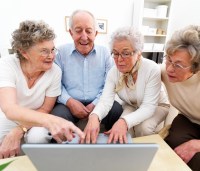 The Federal Reserve to make a modest number of steps to keep the economy moving higher. (Reuters)

As Hewlett-Packard (NYSE: HPQ) kills its tablet, the question arises of what company can challenge the Apple (NASDAQ: AAPL) iPad. (Reuters)

If Libya’s opposition takes over the nation, oil prices are likely to fall. (WSJ)

Bank foreclosure charges may not be settled because financial firms may not get long-term liability wavers. (WSJ)

Investors with money in Treasuries will have to face long-term low yields. (WSJ)

Apple tells developer not to put tracking software in products made for iPads and iPhones. (WSJ)

States that need tax revenue from investors were hurt by the market sell-off. (WSJ)

The number of cellphone patent disputes continues to grow. (WSJ)

Newspaper profits drop, which means there will be more layoffs in the hard-hit industry. (WSJ)

REITs find that they can only raise money in small increments in many cases. (WSJ)

China extends its lead in wind and solar power. (WSJ)

Google (NASDAQ: GOOG) may not have concrete plans for Motorola Mobility (NYSE: MMI) beyond use of its patents. (NYT)

Analysts do not cut earnings estimates, in many cases, even as economists at the same firms downgrade economic growth. (NYT)

Large banks tapped the Federal Reserve for $1.2 trillion during the credit crisis. (Bloomberg)

The Best Episode of 'Friends' Ever