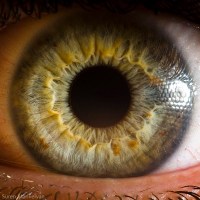 Business Insider’s barely controlled riot of sharp analysis on the economy, thinly sourced stories, extremely deep coverage of the tech and media industries, scandal and gossip, along with coverage of mainstream news, has battered many other companies in the financial website sector. Operators of traditional sites are left to wonder if they have to copy some of BI’s editorial tactics and give up decades-old values or be trampled by BI as it scrambles to increase its audience and expand into new operations, which include conferences people pay to attend and a paid research division dubbed “BI Intelligence.” The competition may hope that Business Insider will collapse from the frenzy of activity. However, the only real solace these traditional media companies have is that Business Insider may never be sold for a host of reasons, leaving the owners and staff to work with the permanent challenge of pulling a rabbit out of the hat every day for the rest of the company’s existence.

CEO Henry Blodget and Chairman Kevin Ryan have built more than a novelty store using $14 million in invested capital and a big appetite for risk. The company has been in business for only five years and is operated by a staff of people, many of whom were just born when the 1987 stock market collapsed, which so many old-time financial journalists remember as if it was yesterday.

Among the most intelligent things Business Insider management has done is stay online with content 24 hours a day — a sort of CNBC mostly without the video. The website has an unexpectedly large number of stories about the markets in Asia and Europe, written long before most American readers are awake. Many financial news organizations abandoned coverage of the entire news cycle or never took it on. BI has given readers what few sites do — almost no reason to go elsewhere to get information. Among the articles on fake mega-yacht explosions, street urchins who became billionaires and why the characters of “Mad Men” get so much sex is a healthy sprinkling of in-depth stories about why Germany will never loan the Spaniards a dime and details of the events that will drive energy prices down. Business Insider uses a steady stream of graphics, photos and slide shows to keep readers on the site and entertained, which builds page views.

Business Insider, with an audience of almost 5.5 million unique visitors in May, based on Comscore data (BI says its internal numbers put the figure at 15 million) is much larger than The Economist online, The Motley Fool or Google Finance and is about the same size as major Dow Jones financial site MarketWatch, Huffington Post Business and MSNBC’s Bottomline. BI is close to overtaking CNBC and TheStreet, which it will match in size if its audience grows only a little larger. CNBC has just created a joint venture with Yahoo! Finance that may help it pull away from its competition in terms of audience size, but multimedia partnerships have a mixed history. It is worth noting that Business Insider is one of the few web content companies on this list of media properties that is independent of a corporate parent. That eventually may hurt its chances of getting new readers, but it frees the editors from the shackles of good behavior that many media conglomerates insist on.

BI has a large number of the elements that make a site successful. It has a well-known founder, Henry Blodget, who is nearly as famous as Tina Brown of The Daily Beast or Jim Cramer of TheStreet and CNBC. It has an industry insider, Kevin Ryan, who has been a presence in the online media industry since he founded DoubleClick in the 1990s. He currently operates online retailer Gilt Groupe, which has been downsizing as it has faces the problem of increased competition. Ryan has enough contacts in new media and the venture capital sector to be of substantial use in growing BI’s business. Ryan is in a position to know the senior managements of most Web 2.0 companies, including content distribution networks LinkedIn (NYSE: LNKD), Twitter and Facebook (NASDAQ: FB). BI also has investors that include well-known venture capital funds with extensive investments in new media. In this group is the reclusive, but influential VC Fred Wilson*, a former chairman of the board of TheStreet, who steers Union Square Ventures.

Business Insider thrives more in the arena of social media than its competition can hope to. Large social networks represent well over a third of BI’s inbound traffic at any one time. This may be due to relationships that Ryan and Blodget have with the founders of companies such as LinkedIn. Business Insider has an extraordinary presence on the news pages of the professional social network. BI has constant positive coverage of LinkedIn’s business activities. Ryan and Blodget may have been given their initial opportunity to have BI stories on the LinkedIn news pages because of their contacts with LinkedIn management, but BI could not have maintained its prominent presence there without stories LinkedIn readers want to read.

The possible troubles Business Insider faces may offset its promise. BI has nearly 100 employees, about half of whom are journalists. Many of them are young and often popular with readers. Some will get poached by competition, a problem Business Insider often covers as an issue tech start-ups face. BI also does not have the critical mass to sell out its entire inventory to advertisers who will pay large premiums. BI’s conference business competes with older, more well-known ones run by the likes of TechCrunch and Dow Jones’s AllThingsD. The hypergrowth of BI’s traffic, which became extraordinary at the start of 2011, has slowed as well.

BI’s largest single problem is that the value of the company is hard to estimate because traditional media firms are put off by the site’s racy content. Without that content, Business Insider’s audience would fall — perhaps by a lot. Another hurdle BI faces if it seeks a buyer is the retention problem: will Blodget and his top lieutenants stay? This has become known in the online financial content business as the “Jim Cramer problem.” This issue decreased the chance that TheStreet could be sold at a reasonable valuation.

Rumors are that BI ownership believes the company to be worth in excess of $50 million. Its revenue was $4.8 million in 2010. That figure may have doubled last year. Since BI has a large staff and early investments in new enterprises, a price of five times revenue is implausible. And the only realistic buyer of the business as it currently exists is a company like Gawker, which is comfortable with extremely controversial content. Gawker is among the very few purchasers that would find $50 million acceptable.

*Editor’s note: Fred Wilson is not a BI investor