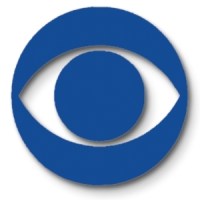 Angela Merkel goes into today’s EU summit at odds with other leaders about regionwide bonds and austerity. (Reuters)

The new chairman at Chesapeake Energy (NYSE: CHK) will get stock worth $750,000. (Reuters)

The board of News Corp. (NASDAQ: NWS) agrees to split the company in half and create a new operation for print media. (WSJ)

The Xstrata and Glencore merger has stalled because of price. (WSJ)

Census data show that cities in the U.S. grew faster than suburbs over the past year. (WSJ)

Delaware may allow online gambling, which is not allowed in any other state. (WSJ)

Fiat plans to increase its stake in Chrysler to 61.9%. (WSJ)

Airbus may build a plant in Alabama. (NYT)

Analysts continue to worry about Facebook’s (NASDAQ: FB) earnings over the next several quarters. (FT)

Apple will improve the ability for customers to share music on iTunes. (Bloomberg)