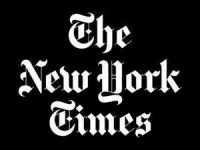 The part of the new Audit Bureau of Circulations (ABC) report on newspaper circulation that got the most focus was that The New York Times (NYSE: NYT) and Wall Street Journal have largely offset the attrition of their print products with digital sales. While these two managed that, almost no other large papers have, leaving the industry, for the most part, without a single way to improve sales. Some papers may have believed that free and open access to content is the best way to make money, but others do not have the option to make money from digital consumers.

The Washington Post might be able to charge for its content online. It has largely avoided doing so. Management has decided to keep access to the Internet version of the product open. Their gamble is that online advertising will be high if the audience to the digital product is unfettered. So far, the plan has not done well. In its latest reported quarter, The Washington Post Company (NYSE: WPO) reported:

The online ad sales can hardly make up for the attrition of traditional revenue sources. The Post’s decision not to charge for the paper online may be a one the company regrets.

The papers in the deepest trouble fall in the tier below the Post. They do not have the level of reporting that might allow them to charge for online subscriptions, which means they have absolutely no chance to make that transition to paid content to improve revenue.

Chicago’s most prominent paper is among the plagued. Owned by the formerly bankrupt Tribune Company, The Chicago Tribune’s circulation dropped 3.2% in the last ABC measured period. Digital circulation was only 23,112 against a total of 411,960. Papers that include the Arizona Republic, Philadelphia Inquirer and Las Vegas Review-Journal have the same problem. As the digital age of media arrived several years ago, it passed these and other newspaper markets by.

The trend among larger newspapers is toward shutting down daily editions in favor of ones published three or four times a week. In some markets, print editions close completely. The ABC data indicate that this approach will not work. That means the conventional wisdom about larger newspapers, which is that they have no chance to recover, is probably true.