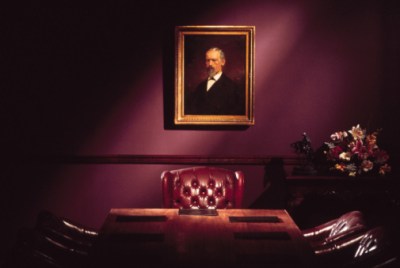 Source: Thinkstock
Carl Icahn is still around, in his seventies and several decades into his place as a famous takeover artist, although he sometimes just scares companies into distributing cash or cutting costs. He has had his share of success, which includes his 2006 attempt to run Time Warner Inc. (NYSE: TWX). He got the company to buy back shares. And his most notable failures include his takeover of Blockbuster, which eventually went bankrupt.

Icahn’s most recent targets do not warrant his time. Netflix Inc. (NASDAQ: NFLX) probably has lost its position as the leader of the video-over-the-Internet business. The company has been irreparably damaged by competition, which stretches from cable companies to satellite TV providers to huge concerns such as Apple Inc. (NASDAQ: AAPL) and Amazon.com Inc. (NASDAQ: AMZN). Like many firms that start a revolution, Netflix has been overcome by copycats, not unlike, more recently, Groupon Inc. (NASDAQ: GRPN).

An even less promising target for Icahn is Take-Two Interactive Software Inc. (NASDAQ: TTWO), an also-ran video game firm in which he has been a holder for several years. He recently bought enough shares to take his position to 10.7%. But a controlling interest in Take-Two do not appear to get Icahn anything other than another strikeout on his long record.

Icahn already has a very big foot in the door at Take-Two. His son Brett serves on the board of directors. Icahn must not have much faith in his son’s judgment, because his potential takeover would render Brett’s power useless. Another Take-Two board member, James L. Nelson, is on the board of Icahn Enterprises G.P. Yet another member, SungHwan Cho, is Portfolio Company Associate at Icahn Enterprises L.P. (NASDAQ: IEP).

Icahn might as well just call the directors he controls and ask them to vote for whatever course he favors for Take-Two.

Icahn’s move on Take-Two probably is motivated by the collapse in the firm’s sales and stock. Take-Two’s chief, Strauss Zelnick, has been chairman since 2007. Take-Two shares reached almost $28 in 2008 on a takeover bid by Electronic Arts Inc. (NASDAQ: EA), but they are down to $11 now. Zelnick convinced that board that he could turn around the company and get shares well above the $28 level. His failure to do so has been based on bad decisions and Take-Two’s marginal position in the video game sector. If Icahn wanted a chance to make Take-Two even a small success, he would have had to throw out Zelnick long ago. The company has made only halting efforts to move to mobile smartphone platforms, which is the direction the entire industry has taken, if only to save itself from newer companies that have begun to dominate that “space.”

Like Netflix, Take-Two already has been pushed aside by competition. Zelnick has done an even worse job than Netflix leader Reed Hastings. At least Hastings once had Netflix at the top of its industry. But neither Take-Two nor Netflix has a promising future. Icahn may be able to squeeze some cash out of them, but that is his only option. Neither company can be managed out of its current hole.