40% of Online Users Have Been Harassed 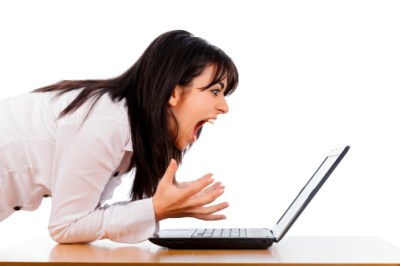 Source: Thinkstock
According to a new study by the Pew Research Internet Project, online harassment is not an aberration. It is actually closer to the norm.

Harassment — from garden-variety name calling to more threatening behavior — is a common part of online life that colors the experiences of many web users. Fully 73% of adult internet users have seen someone be harassed in some way online and 40% have personally experienced it.

Some of the activity borders on dangerous:

Those who suffer are demographically diverse in terms of harassing experience:

Young adults, those 18-29, are more likely than any other demographic group to experience online harassment. Fully 65% of young internet users have been the target of at least one of the six elements of harassment that were queried in the survey. Among those 18-24, the proportion is 70%.

Young women, those 18-24, experience certain severe types of harassment at disproportionately high levels: 26% of these young women have been stalked online, and 25% were the target of online sexual harassment. In addition, they do not escape the heightened rates of physical threats and sustained harassment common to their male peers and young people in general.

Among the most disturbing conclusions that a reader of the report can take away is that many people do nothing significant about the problem:

All in all, this means the problem will continue.