Will the Whole Foods Turnaround Outperform in 2015? 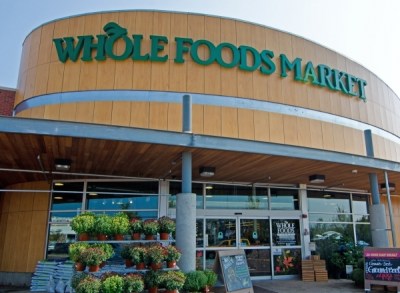 Source: courtesy of Whole Foods Market
Whole Foods Market Inc. (NASDAQ: WFM) appears to have been on Santa’s nice list, as its shares have done very well in the company’s fiscal first quarter as we approach the calendar New Year. This is exceedingly good news compared to where the company was at about seven months ago, and turnaround investors have to be wondering if 2015 will be another year of recovery and advancement.

Earlier in 2014, downward guidance and a report of poor margins seemed to dig an inescapable hole for the company to get out of for nearly five months. One key issue is new competition from the many new organic and natural food competitors, as well as the continued threat from established grocers and superstores wanting their slice of the organic and natural pie.

Despite the turnaround that the company has had since that report, this is still not a full recovery from its fall. Year to date, shares of Whole Foods are still down over 15%. However, since the fall shares have taken an uptick in the first quarter of more than 25%.

Closing out the calendar year, it looks more fruitful for Whole Foods. A key factor in its performance this coming year will be in the second-quarter earnings, to see if the company can keep this turnaround alive.

Whole Foods has had to lower some prices to better compete with Kroger Co. (NYSE: KR) and Wal-Mart Stores Inc. (NYSE: WMT), which both now tout their own natural and organic foods. By doing so, however, the company forfeits its place at the high-end of the market. Its recent Responsibly Grown fresh-produce ranking system is likely aimed at returning to the store some pricing power for produce grown under more demanding conditions.

At first glance, one might assume that because Whole Foods guided down for margins, its competitors would see an uptick. However, this is more indicative of the competition’s margins likely being lower and as traditional grocers’ margins are already very slim. It seems safe to say that Whole Foods, as an industry leader, set the standard for the original sector stock drop — or that it was a victim of the newer entrants or smaller organic and natural foods chains that want their slice of the pie.