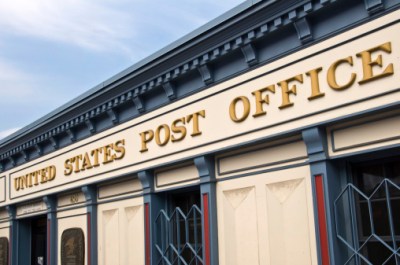 Source: Thinkstock
The results of the U.S. Postal Service’s ongoing surrender to e-mail, United Parcel Service Inc. (NYSE: UPS), FedEx Corp. (NYSE: FDX) and its own inefficiency showed again when it posted results for the final quarter of 2014. The organization’s loss rose to $754 million from $354 million in the same period last year. (The net loss included a $1.4 billion expense accrued for the mandated prepayment to the Postal Service Retiree Health Benefits Fund.) The USPS may comfort itself because revenue ticked up 4% to $18.7 billion. Among the things the data support are that the system is too big with too many workers and offices.

Commenting on the results, the USPS’s new chief said:

“Our employees delivered double-digit growth in packages this holiday season, which shows our growing ability to compete for and win new package delivery customers,” said Postmaster General and Chief Executive Officer Megan Brennan. “To keep the momentum going — and to ensure we are the shipper of choice for our residential and business customers — we will continue to expand customized delivery solutions and package capacity while delivering high levels of service.”

Nothing in her comments went to the USPS’s dire financial situation, which was covered in a government filing:

The Postal Service continues to suffer from a lack of liquidity. Cash balances remain insufficient to support an organization with approximately $73 billion in annual operating expenses. The Postal Service’s average daily cash and cash equivalents balances during the three months ended December 31, 2014 were $5.7 billion, which represents only 21 days of operating cash. The Postal Service does not have the ability to borrow additional funds under its existing borrowing arrangements, and this level of cash balances could be insufficient to support operations in the event of another significant downturn in the U.S. economy.

The organization is not economically viable.

One of the most aggressive but accurate criticisms of the USPS is that it cannot support the 32,000 locations that offer its products and services.

The organization also has 489,000 career employees, many of whom have benefits packages that the USPS cannot hope to afford, particularly if the same benefits are extended to future workers.

Losing money and ground to competition, the USPS is way too large.

ALSO READ: 10 States With the Worst Taxes for Average Americans

Is Now the Time to Bet on Airbnb?

This Is the Fastest-Growing College in America